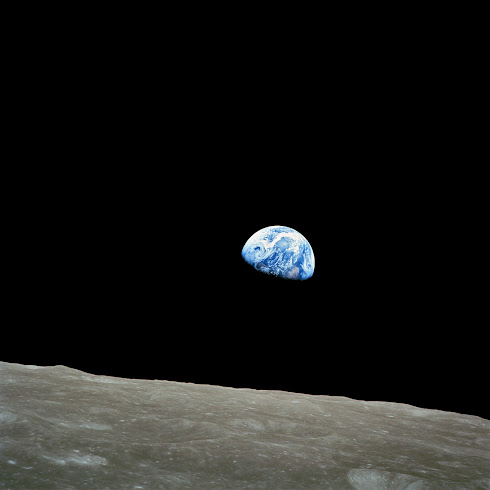 The famous NASA image Stewart Brand put on the cover of one of his Whole Earth catalogs.

I want to share a couple of interviews I read recently.

Tyler Cowen recently interviewed Stewart Brand, the California counterculture legend who founded The WELL, put out The Whole Earth Catalog and did other interesting things. It's an inspired decision and the interview is a very interesting look at the California culture that RAW was a part of. I would have liked some questions about the early days of California cyberculture, but the interview does cover how taking LSD influenced Brand.

He still has lots of interesting ideas:

COWEN: In what year will we bring back the woolly mammoth? What’s your point estimate?

BRAND: Certainly in this century, I think we’ll have what looks like and acts like woolly mammoths back. I would like to see them back in large herds in the Siberian and in the northern Canadian steppes, doing their old job of eating the grass and therefore causing the grass . . . grazers make grass. The so-called mammoth steppe, which was once the world’s largest biome, reaching all the way around the North Pole and the Arctic and sub-Arctic.

Another interview which is simply fun is the just-published New York Times interview with Christopher Walken:

Is it right that early on Zen was an influence on your acting? In the ’70s when I was young and everybody was meditating, I probably went through my Zen phase. I tried meditating, but I would get into position and breathe and then my cat would walk in the room and run its tail across my face and that would be the end of my meditation.

Sometimes I do things just to amuse myself. I’ve played scenes pretending that I was Elvis or Bugs Bunny or a U-boat commander. I just don’t tell anybody.

Is that really true? Somebody said to me once, “The truth is good, but interesting is better.”

He also likes to drink coffee and read the paper when he smokes pot. Alas, the interviewer doesn't ask if Walken ever heard the song "Hackensack" by Fountains of Wayne.