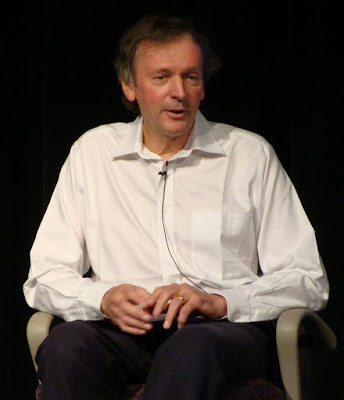 This is yet another rediscovery by the hard working Martin Wagner: RAW interviews Rupert Sheldrake.

One point that I noticed when I looked at the Wikipedia article about Sheldrake: In the introductory paragraphs before the interview begins, RAW zeroes in on the magazine Nature for calling for Sheldrake's first book to be burned. The Wikipedia article says that the guy who wrote the Nature piece denouncing Sheldrake, John Maddox, admits that although he ultimately wrote that the book should not be burned, the headline and some statements played into Sheldrake's hands: "The publicists for Sheldrake's publishers were nevertheless delighted with the piece, using it to suggest that the Establishment (Nature) was again up to its old trick of suppressing uncomfortable truths."

Thank you Martin and Tom.