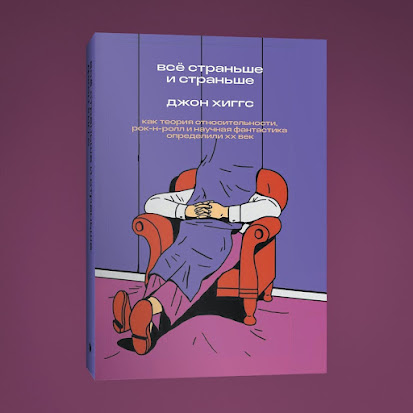 Cover for Russian edition of one of John Higgs' books (trying to avoid spoilers, read the newsletter)

John Higgs, in his latest newsletter (he's gone Substack) has a great essay, "Invasion of the Multiverses" which talks about Hugh Everett's invention of the alternate universe idea and how multiverses have taken over popular culture. John never mentions the Schroedinger's Cat trilogy or Robert Anton Wilson, but his essay is a great backgrounder on both the trilogy and on RAW's concept of reality tunnels. I'm a fan of John's work anyway, but the piece seems especially good to me; if John ever does a collection of his best short pieces, I would think this one would have to be included.

Also, some news! John's William Blake book, William Blake Vs. The World, previously only offered in the Old World, will be published in the U.S. and Canada on May 3.

John also recommends a podcast.  My wife and I enjoyed the first episode.