A RAW speech at the Harvard Club 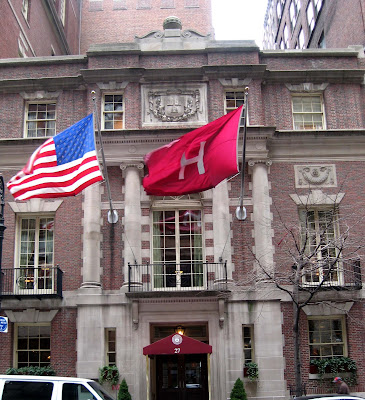 While we wait for the new Starseed book, Brian Dean of the RAW Semantics blog has found something interesting for you to read: Robert Anton Wilson's Alfred Korzybski Memorial Lecture, "The Map Is Not the Territory: The Future Is Not the Past."

It was delivered Nov. 7, 1997, at the Harvard Club in New York City and when the Institute of General Semantics reprinted it in 2001 in an organization publication, an editor's note stated, "Note: This address is printed without censorship, as it is Bulletin policy to record these events as they happened."

You'll see some familiar material in the speech but there are lots of nice bits. The section on bookstores struggling to figure out where to shelve Wilson's books is interesting and amusing:

I suddenly found myself in the New Age section, God knows why, and there I was next to Von Daniken, just because my name begins with a "W", and I suffered from that indignity for years . I just heard recently that Barnes & Noble has moved me from New Age to Philosophy. So I am now next to Wittgenstein, which is where I'd much rather be than next to Von Daniken.

The world is changing faster and faster in more and more ways, and people cannot understand that this is the result of information flow changing technology, which changes business, which changes everything else. They have to look around for something to explain it, so they look for a conspiracy to blame. Aha, it is the elders of Zion after all, no, it's the Freemasons, no, it's the Jesuits, no, it's the Bilderbergers . Thats because they haven't learned to think in terms of mathematics and information flow and chaotic systems .

"While we wait for the Starseed book" sums up my life currently.