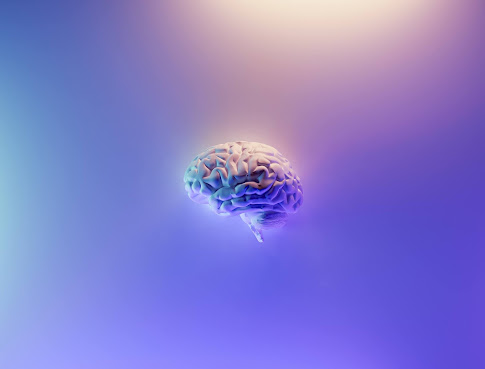 Photo by Fakurian Design on Unsplash

Prometheus Rising remains relevant; brain change does seem to be one of the pressing issues of the moment. While we can’t look towards the “aughts” as any sort of golden age of stability and societal harmony, I do think it can be argued that there was much more in common between the last couple decades of the twentieth century and the beginning of the twenty-first than our nascent twenties have in common with said beginning. While not everyone, large parts of society have seemingly gone off into another dimension beyond any possibility of objectivity-through-consensus.

Regrettably a lot of the sinister elements of this brainwarping day-and-age aren’t like 1984 or Brave New World, just tedious and incredibly stupid. Dismaying -- somehow a man who was bragging about being able to perform autofellatio this weekend is still considered a relevant source for medical advice by too large of a segment of the populace. In a way, I wonder if this mass abandonment of any discernment or forbearance has something to do with the “breaking down” process that occurs during a “typical” brainwashing. We are repeatedly reminded of “the loneliness epidemic,” societal disenfranchisement, extremist political posturing and general pessimism about the future that is sweeping across much of our world. I believe that these factors might be serving as their own strip-search, with everyone having their own “bend over and cough” moment when the promises of yesteryear are finally revealed to have been mostly hollow.

So, as we are all continuously broken down by our forty plus hours every week and whatever new insipidness life has to throw at us, our minds are ripened for something completely different. For some people it might be a heightened sense of absurdity, for others life becomes an arena where we are pitted against mighty forces that seek to take something away that we have convinced ourselves mustn't be given up. But, in my observations, the contest isn’t against any shadowy group or Other but rather against the increasing waves of information and quickening change; many humans are essentially drawing lines in the sand as the tide is coming in.

One thing that Wilson doesn’t mention, and I am convinced this is an intentional omission, is that while Crowley discusses our “great teachers” and their mysterious changes he also proposes that his system of experimentation is designed to replicate those events and create “prophets” out of its practitioners. I believe Wilson might not have felt it was necessary to mention that in this chapter because that is what he is also trying to do throughout our book with his challenges to our robotic script and his exercizes. Perhaps Wilson the magician didn’t want to reveal the trick to first time readers just yet.

While both can have the opposite effect, I do see some training in “real” magic or conspiracy theory as a possible inoculation to having one’s brain changed without consent. Of course, we will still possess our foibles but these systems, if used judiciously, tend to create an overpowering sense of curiosity and agnosticism. Of course, both areas can become the hunting grounds where our minds break from their leash and go wild. Hopefully, under the guidance of such a worthy teacher as Wilson, one is able to avoid such hazards for the large part and change one’s own brain before someone else does it for you.

It is worth noting that while attempting the final exercize this weekend, it occurred to me that many of Jones’ congregation only drank the cyanide-laced Flavor-Aid under duress. While that makes the Jonestown occurrence all the more disturbing, it does allow us to see that he wasn’t the Svengali that history remembers. He pulled a lot of crap to get his followers to that point, and even then many tried to resist. Is this hopeful? I don’t know.

I agree with this post. The paragraph that starts: "One thing that Wilson doesn't mention, ..." has much insight. The way I articulate this to myself - Crowley felt that the higher consciousness experienced by "prophets" rightfully belongs to anyone who makes the effort. Rather than rely upon and worship prophets, become one yourself ... enter Prometheus Rising.

Exercize #6. "Become a Nazi for thirty-three minutes. Believe all politics is a matter of strength ... etc." Seems like it works just as well if you substitute "Alt Right" or "White Supremecist" for Nazi. I don't say they "are" Nazis, only that the political attitude RAW describes appears to match all three groups.

I tried this exercize, but for less than 5 minutes. In the past I have remote viewed Nazi's and the Holocaust from both sides, the oppressors and the oppressed and, as you would expect, found it extremely, extremely, dark, sad and painful and not a space I wanted to hang out in.

When I tried it this time, I found that I had to kill any sense of compassion or empathy for anyone not on our team, anyone not a Nazi; I had to kill my heart to assume that attitude. Why 33 minutes? Looking up 33 in Sepher Sephiroth shows correspondences suggesting destruction of higher emotion if you recognize "Spring, fountain"as a symbol for a functioning C6. I suspect RAW intentionally made this exercize 6 as a symbolic contrast of opposites.

From 1984 comes the concept of newspeak, which seems to me like a prevalent political weapon used by some people holding positions of power in order to shift the debate away from what they do not want to publicly talk about. It certainly seems to be the case with the current French government. Regarding the US I cannot say. I guess Trump was guilty of doing this, but on such a gross and obvious level that it simply looked baffling (‘coronavirus is a hoax from the Democrats’, not even good enough to make it to Conspiracies for Dummies).

For me to become a Nazi, I plan on watching Triumph of the Will, which runs for almost 2h, more than needed for the exercize. Being a propaganda film from 1934 (so before most of the horrors happened), I am curious to see if it will be convincing enough for me to want to invade Poland to the sound of Wagner. I find trying to put myself in such extreme reality tunnels very hard because I simply have no idea where this type of thinking comes from.

We did not talk much about the exercizes from the previous chapter, but I have a similar issue with the ‘explain a homosexual why his imprint is sinful’ exercize. Firstly, I am not sure at all what a Fundamentalist ‘really means’ by ‘sinful’, apart from “it makes me feel insecure”. Operational language would classify sinful as being meaningless. I guess a more rational approach could be to advance that homosexuality seems unnatural because that’s no way to “be fruitful and multiply”. But even then, I feel so attached to the idea of personal freedom that telling people to stop doing whatever victimless crime (or sin) they enjoy is beyond me. I would probably make a very bad Nazi.

Oz Fritz says he “had to kill any sense of compassion or empathy”. I realize now that my way seems to be to try and rationalize being a Nazi or being against Gay people. But this may be akin to “sending a message to the wrong address”. Being hateful of a group of people comes from a C2 place, since a line has been drawn between “us” and “them”. Using C3 logic to try to justify this type of gut feeling coming from fear and unresolved personal issues has serious chances to fail.

Even though I am not sure at all I would like to go on living forever, I can enjoy RAW’s enthusiasm about immortality. But comparing the belief that death cannot be conquered to brainwashing seems like confusing things to me. As far as I know, the only living creature that appears to be immortal is a type of jellyfish. I find it easier to contemplate the idea of metempsychosis than that of a human body that could last forever.

For anyone interested in the Patty Hearst case as seen from an artistic perspective, I would recommend the eponymous 1988 Paul Schrader film.

Regarding last week’s comments on the Skeptical Inquirer, I also do not find it a very interesting read. Maybe their main problem is that instead of trying to prove anything, they’re mostly just into debunking. Meaning that they are often reacting against something, rather than acting towards something. Besides, if they do make some good points, I do not find their debunking very convincing.
Fate entertains me more, and they try to keep a skeptical distance from their subject matter (if not a big one).

The illustration at the start of this chapter reflects a Gurdjieff influence or parallel. He strongly condemned "contemporary education" as destructive to consciousness and supportive of what he called "sleep." Patty Hearst got very intensely educated into the SLA.

p. 133 "The brain can get tuned, like a TV, to turn off any channel, and bring in a new channel." This sounds true but seems harder than this sentence implies. The 1960s-1970s Neurological Revolution mentioned in the next paragraph included not only drugs, but all kinds of different meditation technologies and practices to help fine tune the nervous system. I suspect that the key to switching channels = ATTENTION, no matter what technology you use. Crowley called it "concentration" and practiced exercising it pretty rigorously as a young man after one of his teachers, Oscar Eckenstein, demonstrated that he lacked attention and how could he hope to practiced magick without concentrated attention? All his yogic training in the East would have also strengthened attention.

Thank you Oz. I'm glad I said something agreeable.

I will admit I didn't do the Nazi exercise this time around. When I was a kid, I used to be paranoid that if I had been a German in the thirties I would have been a dupe or a follower. I have attempted the exercise in the past and I am sad to report it is too easy to see how hate can be unleashed. Conversely, a few years ago I used Richard Spencer as a focal point of my Sufi-heart chakra exercise and tried to love even him. It never seemed to really work.

I do know enough about gematria to recognize 33. Hahaha.