Next on Hilaritas podcast: Aldous Huxley 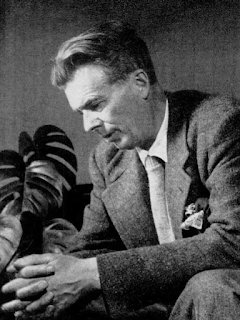 The next Hilaritas Press podcast sounds very interesting: Scheduled to be be out Tuesday (i.e. on the 23rd of the month) it will be about Aldous Huxley and his influential The Doors of Perception book. It will feature Nicholas Murray, who wrote a biography of Huxley.

I learned this when I got caught up with the Hilaritas Press podcasts by listening to Episode 2, the Wilhelm Reich podcast.  It was quite interesting and Mike Gathers was an ideal host, although I did have to listen closely at times to understand what Dan Lowe was saying as he was interviewed.

The first episode was on Alfred Korzybski. You can listen to the podcast at the Hilaritas Press link (which also has detailed show notes and links for each episode). The podcast also is available via Podbean, Google, Spotify and TuneIn.