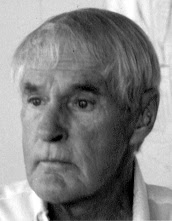 Rasa reports that Hilaritas Press is trying to obtain the rights to republish Timothy Leary's book, Terra II: A Way Out. The 1973-74 book, about efforts to leave Earth and go into space to contact higher intelligence, would aside from its intrinsic interest also serve as a companion to Robert Anton Wilson's The Starseed Signals: A RAW Perspective on Timothy Leary, the "lost" RAW book Hilaritas published in October 2020.

Rasa mentioned Terra II in a comment on Facebook and confirmed the interest of Hilaritas, publishing imprint of the RAW Trust, in an email to me.

"In fact, we are talking with both the Leary and Harcourt Smith estates about republishing Terra II," he wrote. (The book is listed as having four authors: Leary, Joanna Harcourt Smith, Lynn Wayne Benner and "Guanine.")

I asked Rasa about whether Hilaritas is interested in the two Leary titles which list Robert Anton Wilson as a co-author, Neuropolitics and The Game of Life. Maybe, Rasa replied.

"I’ve been thinking about the RAW/Leary books, but we’ve been kinda busy with other stuff, so not a lot of hard thinking about it, however, I did have a really nice conversation the other day with Donna Scott, the new trustee for the Leary estate," he told me.