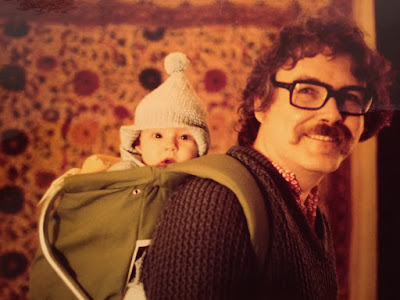 Robert Shea and his son, Michael, who now maintains the bobshea.net website.

One more note about Robert Shea material, and a request for readers.

I have lately been listening to recordings of Robert Shea;  two of them are available for purchase at the website of the Association for Consciousness Exploration website.

This post ends "Robert Shea Week," but I will continue to post about Shea from  time to time.

There are many people out there collecting and making available material about Shea's Illuminatus! collaborator, Robert Anton Wilson, and they are doing a great job, but there isn't that much Shea activity. Do you have zines by Robert Shea (other than "No Governor," which I have), articles by Shea, correspondence from Shea or other material of interest? I would like to see it. I can be reached at tom.jackson (at) gmail.com.