A bit of 'Starseed' 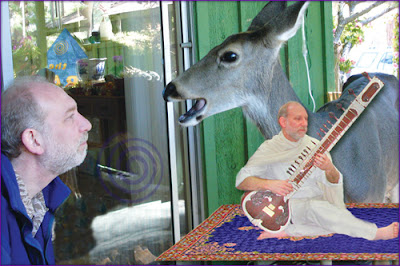 While Rasa toils to publish Starseed Signals, the "lost" RAW book, he has offered a bit of the book's prose to the readers of RAW Illumination.

Rasa explains, "Because of current news and recent media (specifically that documentary, “13th," I posted this 130 characters on Facebook:

"In the comments below that FB post, I decided to toss in this quote from RAW’s as-of-yet unpublished book, The Starseed Signals. This is the first bit of the book that we’ve released anywhere, and since it was kinda hidden in a FB post comment, but still 'out there,' I thought I’d send it to you to use as you will.

"In The Starseed Signals, RAW discusses Leary’s ideas on prison reform. That, and other thoughts RAW had on his friend’s incarceration and incarceration in general, led RAW to write this passage:"

My work on the Playboy Forum was alternately exhilarating and depressing — exhilarating when we kept somebody out of jail (through publicity and/or the legal activities of the Playboy Foundation); depressing, when we failed. I read more and more letters from people in jails — men and women caged because they had violated some taboo or another. (Playboy only defended “victimless criminals,” those who had not committed force or fraud against their neighbors, but were punished for consensual behavior between adults.) I had always been a libertarian and an individualist; I had always disapproved of these crimeless crime laws that enforced Judeo-Christian religious prejudice on the entire community; I had always shared the standard Jeffersonian-Millian objection to such priestly tyranny in a secular nation. Now, I began to feel as well as understand the problem. The issue was not abstract; the people were real people, locked in real cages, and subject to very real brutality, including a great deal of homosexual rape. Those who urged total abolition of the cage-system — such as psychiatrist Karl Menninger and journalist John Barlow Martin—seemed to me to have the only sane attitude. You cannot “reform” a cage. You cannot “humanize” punishment, which is always the kind of torture acceptable to the society in which it occurs.

Rasa reports that the cover is the only unfinished part of the book and he expects to get it soon.