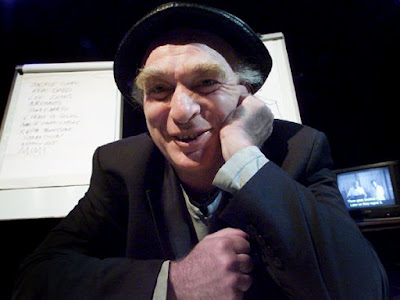 "Very excited to announce that myself and David Bramwell have been plundering the archive and have managed to piece together audio recordings of almost all of Ken Campbell's extraordinary monologues.

"If you enjoyed Pigspurt's Daughter, you'll love these.

"Four of the twelve episodes are being broadcast on Resonance FM over four Tuesdays (4pm) starting on January 29th, which is when the podcast series will become available on iTunes.

More here, including about Bramwell's "The Cult of Water" production, which I wish I could see.
on January 24, 2019

Cannae wait to hear these and yes can only enthuse about David's Cult of Water. Lucky enough to see it in Liverpool last week. Could see that on repeat. Luckily my head can do this ;)