Did RAW read van Vogt? Should I read him? 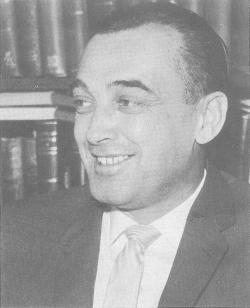 Various other interesting science fiction figures crop up in the text. There's an interesting "naming names" chapter which talks about which SF writers embraced Scientology (A.E. van Vogt and Theodore Sturgeon, particularly) and which ones thought it was nonsense from the word go (Isaac Asimov and L. Sprague de Camp, for example). A depressingly large number of people bought into Hubbard's ravings.

I've read very little van Vogt (just whatever's in the SF Hall of Fame volumes put out years ago at the instigation of the Science Fiction Writers of America, to cover the time period before the Nebulas began) but I got curious from reading Astounding, so I looked up van Vogt on Wikipedia.

I enjoyed The Book of Ptath and The Weapons Shop of Isher by Van Vogt.

I’m assuming this should question was directed to wards yourself?

It's pretty ignorant to offer an opinion based on one book but Slan wasn't great. The LoA anthology of midcentury scifi novels is really nice and pulls from a nice selection of Golden-Silver Age authors.

From what I've gathered he's somewhat polarizing. There's a Ted Gioia(not sure if I spelled that correctly)essay on him that could explain it better than me. There's at least one writer, Damon Knight, that pretty much thought he was a bad writer. From what I've read he was one of the more popular writers for Campbell so I'm surprised he wasn't also a focus of the book. I also think I read he was more interested in Dianetics than Scientology. Two of the books by him that I own are titled The Money Personality and The Hypnotism Handbook.

@Anonymous, Yes, van Vogt was into Dianetics, not Scientology. I should not conflate the two. The Nevala-Lee book also makes it clear that John Campbell Jr. liked Dianetics but not Scientology.