On My Way Out


both seem far far away 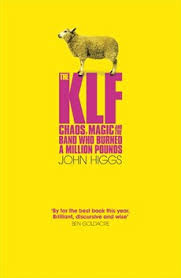 [These two quotes are extracted  from John Higgs’ casual masterpiece The KLF:

"The interval between the decay of the old and the establishment of the new, constitutes a period of transition which must always necessarily be one of uncertainty, confusion, error, and wild and fierce fanaticism."- John C. Calhoun

"A naked man in a city street—the track of a horse in volcanic mud—the mystery of reindeer's ears—a huge, black form, like a whale, in the sky, and it drips red drops as if attacked by celestial swordfishes—an appalling cherub appears in the sea—Confusions."- Charles Fort/Ken Campbell]

To attempt to answer my own questions from last week and to respond to the opinions of Oz Fritz, Eric Wagner, and Tom Jackson ( the vital repositories of RAW’s spirit in the New World):

We are all increasingly grizzled veterans serving a perpetual tour on the front lines of the Culture War. The sophisticated disguises that communication has adopted during the course of human evolution have caused in increase of psycho-seismic activity. Our society is transforming rapidly and all sorts of cancers metastasize across our screens in the course of weeks, days, or hours. In 2005 there is no way anyone would have believed Donald Trump would be POTUS- I don’t think even RAW could have predicted this outcome. As comedians pointed out in January as fond reminiscences of the Bush years  cropped up in op-eds; Trump is so horrifying we are looking back upon a CIA-trained cokehead who committed genocide (GeeDubs) with fondness. RAW hated Bush and his disdain is clear throughout this book- today we yearn for those years of “sanity.” As the blood in Charlottesville attests, the situation today is beyond appalling.

And that’s why we desperately need the transformative techniques that RAW cheerfully spins into our souls as humorous yarns or passionate polemics. Wilson was a monkey who couldn’t get the stars out of his eyes and died seeing things wrapped up in an infinite net of diamonds. This is what we should aim for in our holy discourse, the brilliance  coded into every sentence; as Branka Tesla pointed out- RAW impregnates every line in this sainted text. This is a cyclical in the school of Perennial Wisdom, composed and preserved by one of our most incomparable philosophers;  Robert Anton Wilson conquered the world in a way that is comparable to Socrates or Blake. This is his goodbye and his greeting- an invitation to travel along so many avenues of thought and a boutique of expertly developed exotic blooms that one cannot help but stop and shudder in admiration.

I remember being fifteen, before I had read RAW, and telling my classmates if my choice was heaven with them or hell with people I admired, I’d prefer the latter. 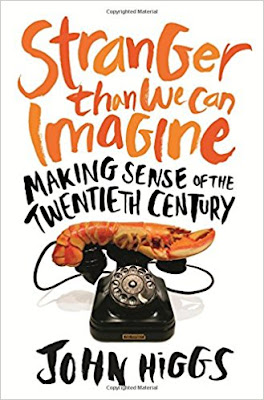 Higgs, in his more recent opus Stranger Than We Can Imagine, proposes that, after we are faced with the stark reality of improbability and astounding happenstance of the twentieth century, our best choice of mental states is model agnosticism. He never acknowledges RAW by name, which bothered me, but this is clearly the same conclusion our wild-eyed Brooklynite drew early in his life and pursued like a hound nipping at the heals of God.

These are the times that test the soul of man. I am an atheist, thank god, but I still revere the saints who, whilst living, did miraculous things and transformed the garden into which we are all born, to something more beautiful.

Next week: Paul Krassner's afterword, new to the Hilaritas Press edition.
on August 14, 2017

I remember somebody somewhere (sorry, I can't give a reference) referring to RAW as a bodhisattva. RAW's identification with Buddhism is made quite explicit in Cosmic Trigger 2, and in the "On My Way Out" section, he has a paraphrase of something Buddha said.

Heaven vs. Hell: I was raised as a Unitarian. I remember seeing a joke somewhere that when confronted with two signs with arrows, "This way to heaven" and "This way to the coffee discussion group about heaven," the Unitarians are the ones who will go to the coffee.

Pg. 274 & 275: Bob getting reincarnated and meeting Arlen again reminds me of one of his favorite films, "On a Clear Day You Can See Forever".

What a lovely book.

My admiration for RAW also grew through his biographical prism. I find that reading autobiographies and biographies play the important part in understanding the lives and the creative process of writers, artists, scientists, composers, etc. Of course, Wilson managed to incorporate the genre of biography into his work.

Despite of his struggle with polio, despite of the loss of his daughter Luna, despite of financial hardship and living on food stamps at times, Wilson continues to be creative, positive and funny. How could he focus? How could he concentrate?

Although, I think I can understand that his creative process/being in trans also helped Wilson escape, forget, ignore and get beyond into more comfortable zone. During her very personal speech in Santa Cruz on 23 July Christina Pearson said something along these lines and I paraphrase: "Bob had no body. He was a big walking head.' Christina also emphasized the importance of the process of dying and later in our very brief conversation Christina says: "Bob's last words were - I am so happy".

Thank-you for the shout-out. I enjoyed the St. Marie tune and thought it very appropriate.

I remain amazed at the synchronicities and alignment of imagery from "Email to the Universe" and current events. For example: "A place where every street is guarded by Marines," (p.275) resembles what happened in Charlottesville this past weekend.

Earlier, I mentioned the symbolism of the numerical sequence 5 and 6, a sequence which begins the book and occurs a couple of other places in the text. I posted a blog link where the Golden Dawn 5 = 6 formula was explained as a glyph of transformation. It occurs to me that an even simpler interpretation might be: 5 = problem, 6 = solution. 5 = Geburah on the Tree of Life, the sphere where all the gods of WAR hang out. Some commentators have compared the current North Korean crisis with the Cuban missile crisis speculating that, once again, we are on the brink of a nuclear war. I suggest the current situation would be more aptly called the Pair of Loud Mouth Idiots crisis.

The problem/solution subtext has both macrocosmic and micocosmic aspects. World events describes the macrocosmic side. The microcosmic side is the one faced by the author, Robert Anton Wilson, and the one that everyone will confront sooner or later - the problem of how to adjust, or what will happen, when the physical body runs out of steam; when diseases and old age declare a war against the physical organism; the problem of death. Observing RAWs final writings and his last words, it seems RAW embraced and assimilated the solution.

Very recently, I began reading "Dirk Gently's Holistic Detective Agency," by Douglas Adams motivated by the review that appears in "Email..." It's the only book review included in this collection. Death is one of its main themes. It's obvious within the first few pages why RAW included this book review. The second sentence in the book reads: "This time there was just the dead earth, a rumble of thunder, and the onset of that interminable light drizzle from the north-east by which so many of the world's most momentous events seem to be accompanied."

The first chapter of "Dirk Gently...," only two pages in length, reiterates the 5 = 6 problem/solution motif when it finishes with a solar invocation. The same qabalistic symbolism found in "Email .." permeates its pages. The second chapter begins a subplot resonant with the magical ordeal, "Crossing the Abyss" (more background on that ordeal in my most recent blog). There is another recurring qabalistic ideogram throughout both "Email..." and "Dirk Gently..."- one that I've been quite vocal about in the past and future, but which, by some miracle, I've managed to remain silent about in this discussion. I highly recommend reading "Dirk Gently..." as an educational adjunct to "Email..." The notion of a "Holistic Detective Agency" seems a fitting approach for deciphering the didactic nature of "Email to the Universe."

The final haiku resonated deeply to me, more so than any of the others. It opened a beautiful insight for me regarding reality tunnels and levels of attentive focus. The haikus are a journey in themselves.