Znore on Kek and Finnegans Wake 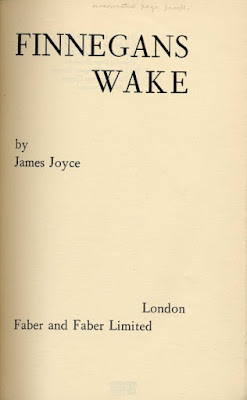 In his latest entry at Groupname for Grapejuice, "How Finnegans Wake Predicts and Obsolesces Esoteric Kekism," Znore writes about Kek/Pepe, discusses Finnegans Wake and Aristophanes "The Frogs," and writes this paragraph about James Joyce:

Joyce's own political leanings, as far as they were political at all, were individualist and anarchist, much like Shem's. But he was also a humanist and a universalist. He was equally scornful of British imperialism and Roman Catholic dogma as he was with xenophobic and narrow Irish nationalism. Beyond both the nation and the empire is the creative artist who, in a Blakean sense, creates his or her own system and is subject only to the Imagination. Priests and kings and presidents and parties are all worthless shams compared to it.

Among other attributes, Znore strikes me as a really good literary critic.

Email ThisBlogThis!Share to TwitterShare to FacebookShare to Pinterest
Labels: Groupname for Grapejuice, Znore

Really neat article, I didn't expect it to be that excellent.