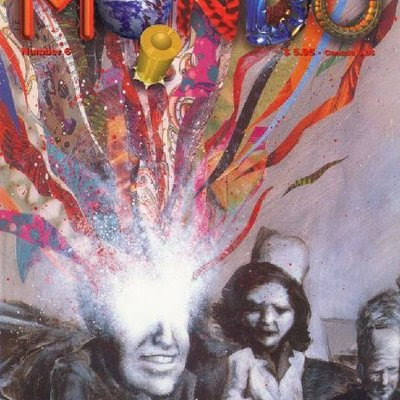 R.U. Sirius has revived his pioneering magazine Mondo 2000 as a new website.

The original Mondo 2000 preceded publications such as Boing Boing (now a website) and Wired magazine.

The new website has so far offered articles such as "La Petite Mort: The Death of Sex" by M. Christian, "William S. Burroughs in High Frontiers 1987 About Mind Technologies," "The Next Fifty Years: Why I’m Optimistic Because Everything Will Be Terrible…" by John Shirley, "Interiorizing The Body, Exteriorizing The Mind" by Terence McKenna and the first Mondo 2000 editorial, annotated for 2017.