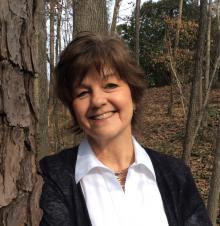 
The books section of the New York Times ran a review of Nancy MacLean's Democracy in Chains, the expose of secret libertarian conspiracies that's been controversial for weeks because of the author's habit of changing people's quotes to match her thesis. (For background, see my earlier post on the subject.)

To my surprise, the new book review, by one Heather Boushey, executive director of the Washington Center for Equitable Growth, does not mention  this controversy, if only to attempt to refute it. Apparently in the "reality tunnel" for Houshey, and for the Times book section, ideologically inconvenient facts don't exist. And she's a Ph.D. economist, too. Instead she writes, without a trace of irony, that "books like MacLean’s continue to shine a light on important truths."

A quote from Robert Anton Wilson, from Cosmic Trigger:

"My God," the Libertarian said to himself one day in early 1968, when this  had become clear, "the left wing is as robotic as the right wing." (We apologize for our naivete in taking until 1968 to figure that out.)

I sometimes wonder if one of the reasons for the popularity of sports is that the outcomes and statistics are not subject to political manipulation. My baseball team, the Cleveland Indians, defeated the Minnesota Twins 8-1 Monday. Surprisingly, in the post truth age, the score is the same whether you're a Twins fan or a Indians fan. It apparently doesn't even matter whether the fan is a Democrat or Republican, a liberal or a conservative, a libertarian or a socialist. Nobody is claiming that the Twins won, or that an article saying that the Twins won "shines a light on an important sports score."