Wilson, Dick and other folks who were 'contacted' 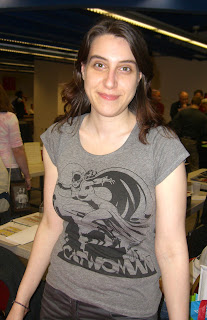 "Divine Invasions: Philip K. Dick, Robert Anton Wilson and 'Alien Contact' In The 1970s" is a new piece that weaves together Dick's VALIS experiences, Wilson's Sirius contacts, Timothy Leary's "Starseed" experience and other alleged instances in the 1970s when influential writers tuned in to a cosmic radio station. The author, Val D’Orazio, also lists other people who had similar contacts. It's an interesting piece.

The article reminded me of another article, "Pulling the Cosmic Trigger: The Contact Experiences of Philip K Dick & Robert Anton Wilson" by A.K. Wilks.

Ms. D'Orazio also has a piece on the number 23, and according to her Wikipedia bio, she was born on Feb. 23.