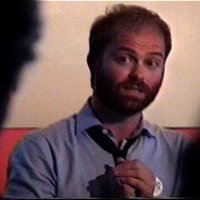 Today's must-read for everyone interested in this blog is "Discordians Stick Apart" by J. Christian Greer, an article about "The institutional turn within contemporary Discordianism."  It's included in a book, Fiction, Invention and Hyper-reality, edited by Carole Cusack and but Christian has posted it online at academia.edu to make the text available to everyone.

Amusingly, Christian divides the history of Discordianism into five periods. Brilliantly, he illuminates that history by sketching its various influences, such as science fiction fandom.

And he makes some very good points. For example, many Discordians don't recognized that the Principia Discordia that's considered canonical is only one version of the work. And by treating Discordianism as a religion with a received text, modern Discordians differ from the way the religion originally was practiced.

Christian's piece emphasizes the important role that Robert Anton Wilson played in popularizing Discordianism and giving it a mass following. Here is a good sentence: "The second period of Discordianism's history (1969-1984) is characterized by its emergence from total obscurity."

I read the article obviously knowing a fair bit about the subject and found very few mistakes. It's not correct, however, that April 23 is "Robert Anton Wilson Day." As proclaimed by the mayor of Santa Cruz, it's July 23. Read the proclamation text.  July 23 is the date RAW allegedly was contacted by denizens of Sirius, as described in Cosmic Trigger; April 23 is an important date in Illuminatus!

I liked the attention paid in the article to The Golden APA. You can read my piece about it.

UPDATE: You can also download a copy of Greer's essay.

This came across my email folder the other day and I didn't get a chance to read it until now. It was a good read and Greer's academic success is an inspiration. Learning about the Golden APA was interesting as well, I often lament that I was too young to really participate in zine culture.

This blog has been a reference point for my work on Discordianism for a long time, so the mention means a lot. Also, thanks again for maintaining this incredible community resource. As your readers know, there is a great deal more to add to this skeletal account of Discordian history. So, any feedback would be much appreciated!