Communication is possible only between equals 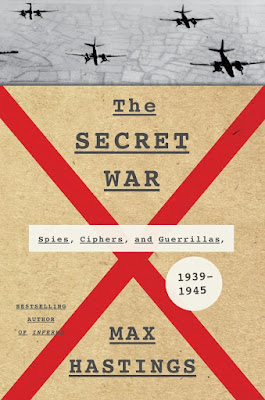 I've been reading an interesting book about World War II, The Secret War by Max Hastings, about spying and covert operations, and it tends to reinforce the Wilson-Shea saying in Illuminatus! that communication is possible only between equals. I'm assuming the corollary is that the greater the difference in rank, the lesser chance that communication gets through.

It's not as if closed, totalitarian societies have no advantage over open, democratic ones. Hastings spells out just how vulnerable the U.S. was to spying and details the huge amount of information collected from American traitors by Soviet spies. (He criticizes the FBI a great deal but admits that it wasn't riddled with Communist traitors a la the British secret services.)

As to point (1), the allies had a huge advantage; the Soviets had a huge intelligence apparatus, but Stalin often ignored reports that didn't fit into his reality tunnel. Roosevelt and Churchill made mistakes, but the political systems in the U.S. and Britain forced them to listen to opinions they didn't agree with; people could speak up without having to worry about losing their jobs, or even their lives.
on December 06, 2016