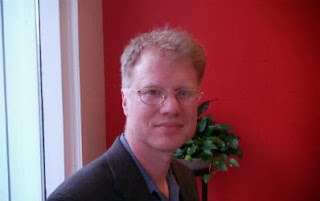 Tell me a little bit about your paranoia. Have you ever found yourself nodding in agreement with a disreputable, perhaps even absurd, conspiracy story?

Jesse Walker: Not any absurd ones, I’d hope. As far as merely disreputable theories go… Well, I think there’s a lot of unanswered questions about the Malcolm X assassination. Of course that’s one that everyone acknowledges was a conspiracy, since we know there were multiple gunmen. But we don’t know how far it went. I’m in no sense an authority on the topic, so take anything I say here with a grain of salt, but I think Manning Marable’s biography of Malcolm X [Malcolm X: A Life of Reinvention] raises a bunch of significant questions about his murder. Marable was a respected scholar, so I wouldn’t call him disreputable; but his willingness to raise questions about the police’s behavior might stray into disreputable territory.

There are also plausible arguments—not proven, but plausible—that Timothy McVeigh had more than just one accomplice in the Oklahoma City bombing. He was plugged into that whole radical-right network around Elohim City, Oklahoma, and I can’t just dismiss some of the claims people have made about a wider plot there.

Sometimes I accept a non-conspiratorial version of a conspiracy story. It’s obvious, for example, that the people who meet at Bilderberg wield a lot of power, in the same sense that the people who meet at Davos wield a lot of power. But there’s a difference between recognizing that these are powerful people and embracing this strange notion that Bilderberg is the annual Lollapalooza where the big decisions get made. It’s an elite institution; it’s not some sort of secret parliament.

Walker's _The United States of Paranoia_ may have been my favorite book from last year.

In my opinion, Walker's epistemic stance towards "conspiracy" thought makes the eminent Cass Sunstein look like a junior high schooler. Sunstein is too in love with his own rationality, and so he comes off - to me, at least - as one of the most arrogant assholes of the past 20 years in American thought.

I am a somewhat arrogant asshole of thought. I Don't know who Cass Sunsteun is and admire Jesse Walker as a better fact-checker than Jared Diamond or Malcolm Gladwell.
I like this blog. I like the OG blog as well. The one on gut microbials was great.
I'm in love with myself. Full stop. I carry on no truck with the dictatorship of reason.
I feint no humility when faced with poor writing.
Walker's book was great.
Keiron Le Grice wrote the book on Eris, great book.
Keep the 16 layer lasanga flowing.