I was Harlan Ellison! For about three minutes

Your humble blogger wound up participating in the Prometheus Awards ceremony at the masquerade at Marcon 50 in Columbus, Ohio, which gave a Lifetime Achievement Prometheus to F. Paul Wilson and a Prometheus Hall of Fame to Harlan Ellison, for "Repent Harlequin! Said the Ticktockman." Harlan, who turned out to be delighted with the award, sent an acceptance video from Los Angeles which finally arrived Friday, the first day of the convention. Alas, the convention technical wizards could not figure out how to get the video to play, and Libertarian Futurist Society founder and board member Michael Grossberg pressed me into service, asking me to read a transcript of Ellison's remarks in the video. Everyone was nice and said I did OK.

Here are a few snapshots from Marcon 50: 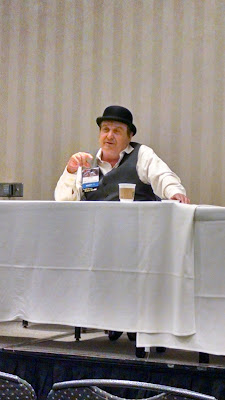 Science fiction writer Eric Flint. I thought he seemed quite interesting, and vowed to read one of his books. 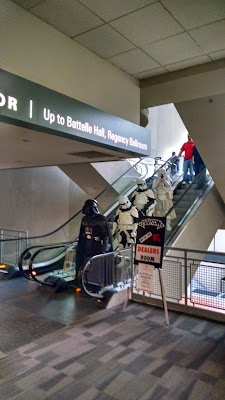 This is probably what most people who have heard of science fiction conventions expect to see on the stairs of hotel lobbies. 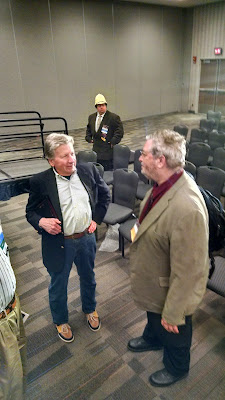 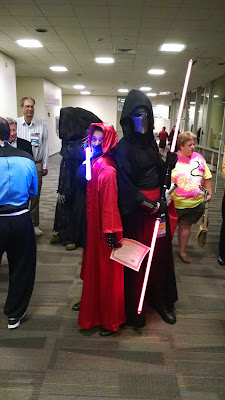 A couple of characters from the "Star Wars" universe, clutching their masquerate award and light sabers. 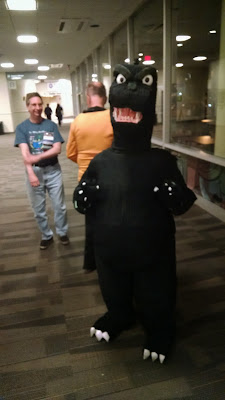 Godzilla, greeting well-wishers in the hallway. 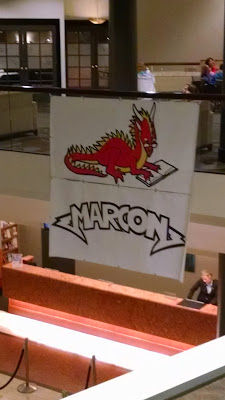 I get tired of all of the dragons at conventions -- most are not very interesting -- but I liked this Marcon dragon poring over a book. 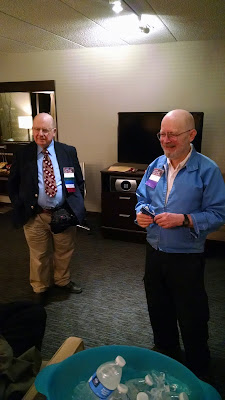 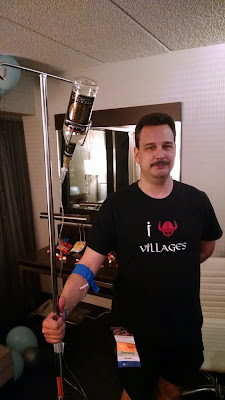 Science fiction writer Michael Z. Williamson (who recognized my "Fnord" t-shirt and said he liked it) imbibes "medical tequila" at the Prometheus Awards party on Saturday night.
on May 10, 2015

The first time I was on Worldcon programming was in 1982 when I accepted the Prometheus Award (from Bob Shea) in the name of L. Neil Smith.