Is a cashless society coming soon? 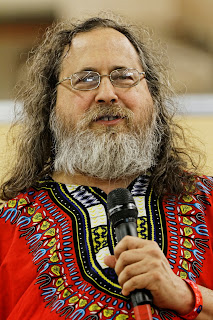 Dan Clemons, a RAW fan in northern Ohio near where I work, calls my attention to a piece in the Telegraph which says that a society that bans cash may not be long in coming. The article, by Jim Leaviss, says it would be easier for the government to take our money away if need be and manipulate the economy under such a system.

It's a really native piece that doesn't so much explore questions such as "manipulate the economy on whose behalf?" as simply ignore them. Then there is this sentence:

Finally, the “black economy” will be hugely diminished, and tax evasion made all but impossible.

What do you want to bet that it won't be "all but impossible" for people who have large amounts of money?

Needless to say, the proposal would also end privacy and allow authorities to track all of our transactions. I notice that Richard Stallman on his website says that he always pays cash when he goes to the store, and urges everyone else to do the same thing. (His official site is quite interesting and worth a look.)
on May 23, 2015

Youre kidding me! Tax evasion is a major part of the system.Thats a major problem. Over 50% of $$ is funneled through tax havens. The US /UK and other European countries turn a blind eye to tax evasion.