Everything you know about the bin Laden killing is wrong, maybe 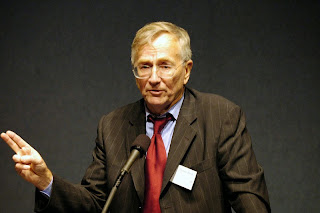 One of the most exciting things about Illuminatus! is the way that that the perspectives shift, the way the same events change when interpreted in a new way.

You can get much of the same dizzying shift in perspectives by reading the new Seymour Hersh piece on the Osama bin Laden killing. Among the assertions, which contradict just about everything we have been told about the raid from official sources: Pakistan was in on it, and made sure there would be no trouble from guards or air defense; Pakistan held bin Laden as a prisoner for years, to provide leverage over the Taliban and al-Qaida; bin Laden wasn't found by tracking a courier — there was no courier — but instead a Pakistani official gave the secret away in return for the reward money; the Obama administration had promised Pakistan that it would keep the killing a secret for days and then say that the terrorist leader had been killed in drone strike (President Obama decided to make immediate political hay of the raid when the helicopter crash during the raid made it impossible to conceal); there was no firefight — there was no resistance, and the commandoes simply walked in and shot bin Laden; there was no burial at sea. I don't know how much of this article is true, but it's a great read.

Whether people believe the article seems to depend on whether they trust the U.S. government to tell the truth. Hersh has been attacked by all of the usual pro-Obama organs. On the other hand, the Intercept has found a journalist who corroborates much of the above, apparently using different sources. NBC also has corroborated much of Hersh's account.  Hersh has produced many scoops in his career, including revealing the My Lai massacre in Vietnam.

UPDATE: NBC has walked back one of its assertions; see editor's note. But there's new corroboration from the New York Times.
on May 13, 2015