One more bit from Eric Flint 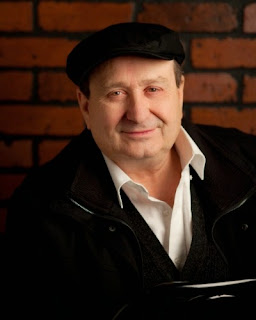 This kind of puts "someone said something mean about me on Twitter" in perspective:

I fought for a just distribution of wealth and—more importantly—a reorganization of the way wealth is produced in the first place. I fought for civil rights and women’s rights, and the first rally I ever attended supporting the nascent movement for gay and lesbian rights was held in a black church in Detroit, Michigan back in 1977. And, throughout, I fought against the imperialist tendencies of the American political establishment in foreign affairs.

Listening to you anti-SJW types whine about your persecution just makes me laugh.

Boy, are you a bunch of pikers. I have had three murder attempts made on me because of my political beliefs and activities. I can’t remember any longer how many times I’ve been threatened with murder. I have been badly beaten by a mob of right-wing thugs in broad daylight on a public street and the man I was with was crippled for life. (That happened just outside of Birmingham, Alabama in June of 1979. Did the police ever investigate? Be serious. Of course not.)

I have been physically assaulted because of my political beliefs on perhaps a dozen occasions. Being fair about it, while most of those assaults were carried out by right-wingers, some of them—perhaps a third—were carried out by Maoists. I have no idea how many times I’ve been threatened with physical assault. I lost track decades ago.

I have been arrested by the police on several occasions. No charges were ever filed, mind you, since they were so bogus no prosecutor would have taken them up. But this is a typical form of police harassment. They can legally hold you in jail for 24 hours without pressing charges, and if you don’t want to miss a day’s work you have to post bail—and if you don’t just happen to have several thousand dollars handy you have to pay a bail bondsman a percentage which you’ll never get back.

Since I was in my early twenties I’ve known that most careers were closed to me because of my political beliefs and activity. Those include any career in the military, any career in government above the level of a postal clerk, any managerial career in any major corporation—the list goes on and on.