Oz Fritz on exercising will 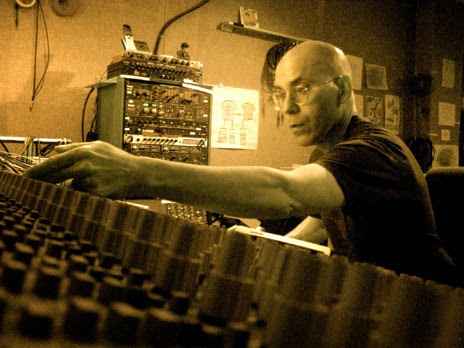 Recording engineer and magick student Oz Fritz (seen above at work in a recording studio) has posted a new article on exercising will, "Creativity — To Exercise Will Part 3."  It can also be read as a discussion of the Timothy Leary and Robert Anton Wilson sixth circuit in the eight circuit model, and also can be read as a discussion of the Conversation of the Holy Guardian Angel in Aleister Crowley's system. (If you've read RAW's Schroedinger's Cat, you'll recall the discussion there of the Holy Guardian Angel.) In any event, it's very interesting and gives the RAW fan lots of chew on. There's quite a bit of discussion about The Illuminati Papers and a suggestion that maybe Leary and Wilson got it wrong when they defined the fourth circuit.

If you missed Part One and Part Two, Oz has a good synopsis in the latest installment that brings you up to speed; you can read the new article as a stand alone. Or if you want the full dose, you can sit down and read all three. I re-read part one and read part two and part three in one sitting last night; it took me about an hour, but it was a very entertaining hour.

P.S. In light the Illuminatus! passage discussed in yesterday's blog post, I was amused that when I posted a comment to Oz's latest article, I had to "prove I'm not a robot." Not sure I can prove that, but I managed to post the comment.
on November 18, 2014

I've been ensconced in the depths of the recording studio underworld for the past two weeks, but will rejoin the Illuminatus! discussion after getting caught up.