Daisy Campbell's Cosmic Trigger Play will be staged later this month in Liverpool and London. Get your tickets.

The Independent gives Daisy a nice writeup. A bit I didn't know: "Ms Campbell said that after his death [Ken Campbell], theatre-makers contacted her about restaging Illuminatus! 'I thought: ‘No, I don’t want to do that, I want to do a sequel; some kind of bridge that would be mine,' she said."

Hagbard Celine and James Cauty have both done images of the Leif Ericsson to promote the play. (Cauty is above, Celine below) If Cauty's name doesn't quite ring a bell, see this. 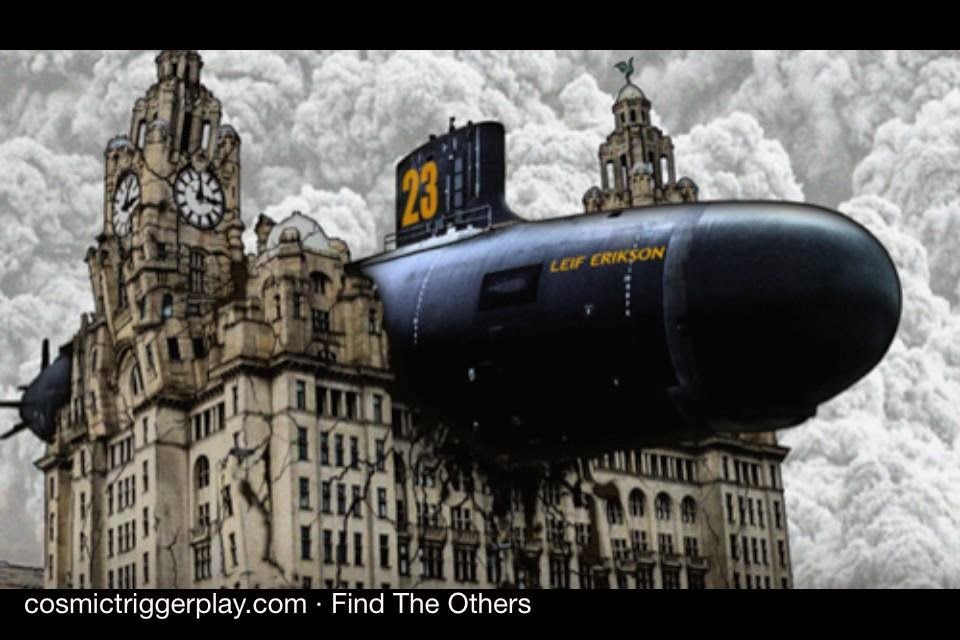