John Higgs on on a cosmic (trigger) weekend 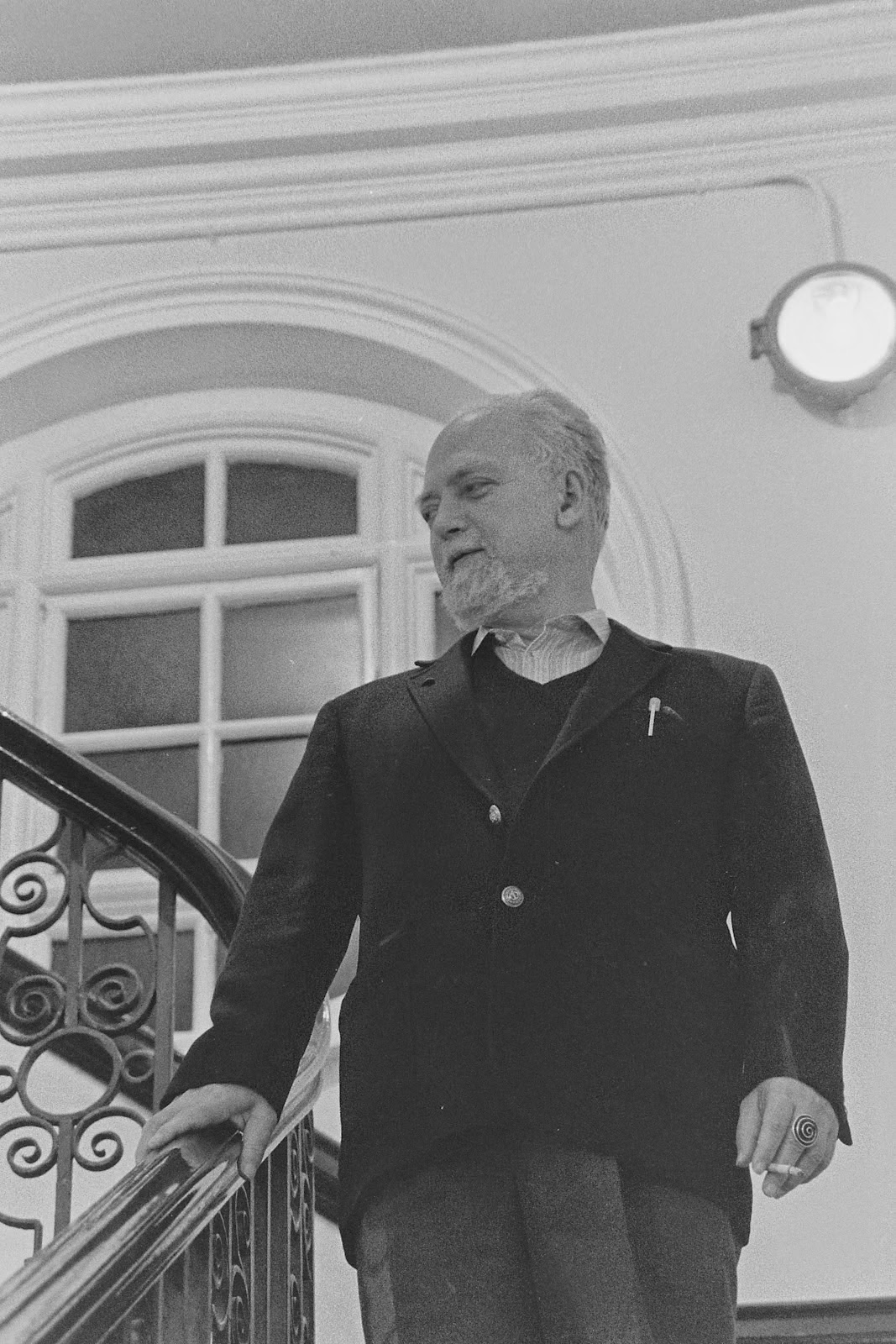 John Higgs' talk at least weekend's Cosmic Trigger events in Liverpool fell through because of organizational difficulties, so instead he turned it into a wonderful blog post.

When you gather together new-age heads and materialist rationalists, American libertarians and British socialists, the focused and the vague, the serious and the silly, the human and whatever it was that accosted me earlier, it does not sound like a recipe for getting things done. The only thing we all have in common is that we have at some point read Robert Anton Wilson and recognised and valued the impact that he has had on us.

No doubt many people "found the others" with ramifications that will become clear over a period of years, but John's post offers one example. A photographer named Duncan Harvey gave Higgs a thumb drive of photos of RAW from a "lost" 1986 photo shoot in London. John's post has some of the best of the photos. (I have reproduced one, above.) More on the photo shoot soon.
on November 26, 2014