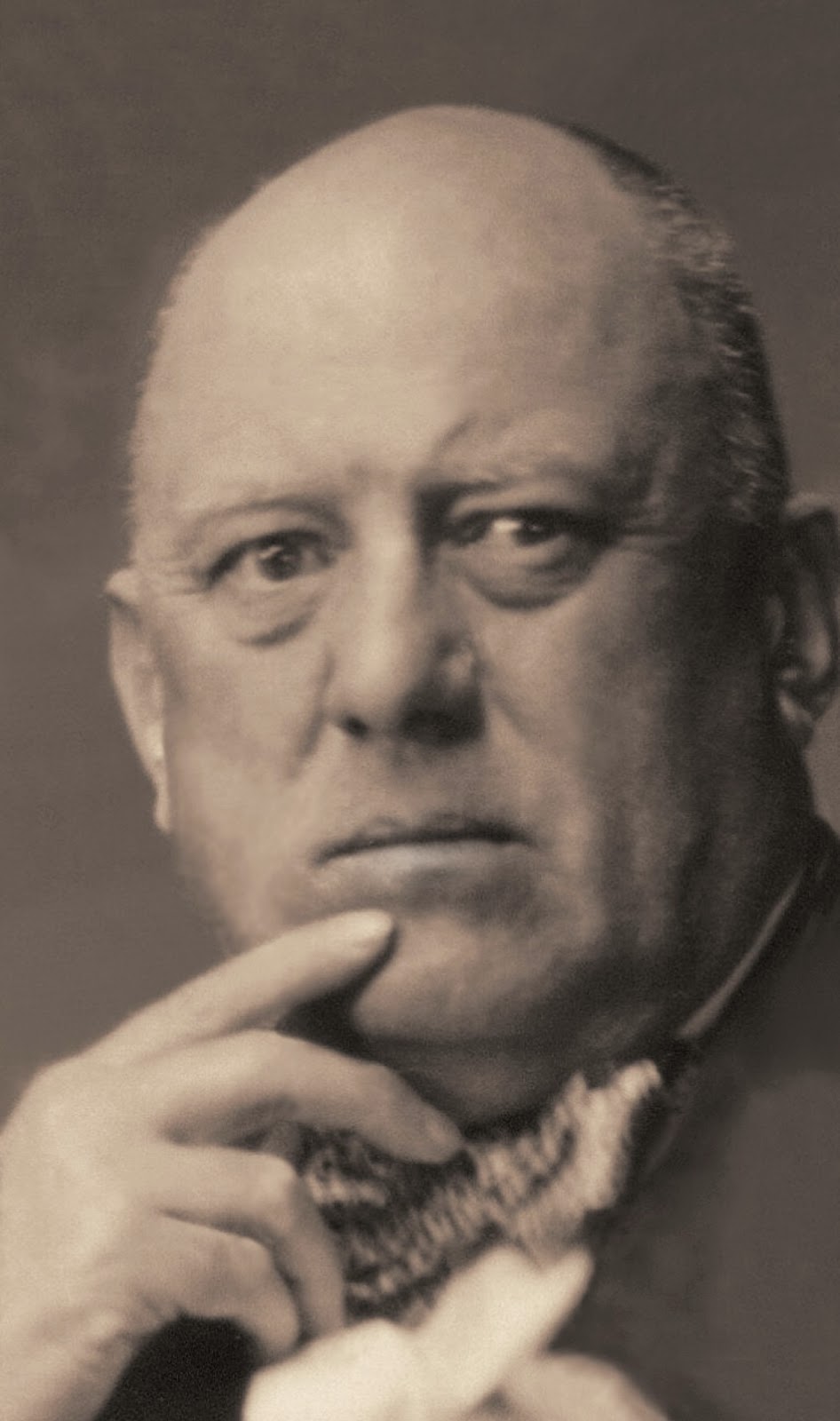 I didn't write about it in Monday's entry because I was too ignorant to have anything useful to say, but Oz Fritz has weighed in with a typically interesting comment. If you follow the link you can read the rest of his comment, but I wanted to quote what he had to say about the Crowley piece:

p. 309 This whole page except for attribution, which is wrong, is from a postcard Crowley wrote in late 1941 and sent to all the prominent people he knew as a magick experiment to fight fascism. He called it "Liber Oz." The whole story gets told in Kaczynski's bio "Perdurabo.""Oz" comes from a Hebrew word which means courage, strength, or power, I've been told. By gematria courage = 216. 216 = 6 raised to the power of 3 ie 6x6x6. It seems like a good place to include it, right after the dedication to their wives and just before chapter 6.The incorrect attribution seems very likely intentional to suggest Crowley's "Book of Lies" which also supposedly contains an intentionally wrong publication date as RAW noted in "Cosmic Trigger I." There is a chapter "Oz"(77) in the "Book of Lies." That chapter seems relevant both to the spousal dedication and as a key strategy, if you will, to ordeals that lie ahead on the Tree of Life.

Anti-fascist magick; isn't that interesting? Oz is referring to a book called Perdurabo: The Life of Aleister Crowley by Richard Kaczynski. If  you follow the link, you'll recognize the names of some of the people recommending the book. Oz himself reviewed the book on his excellent blog.
on October 04, 2014