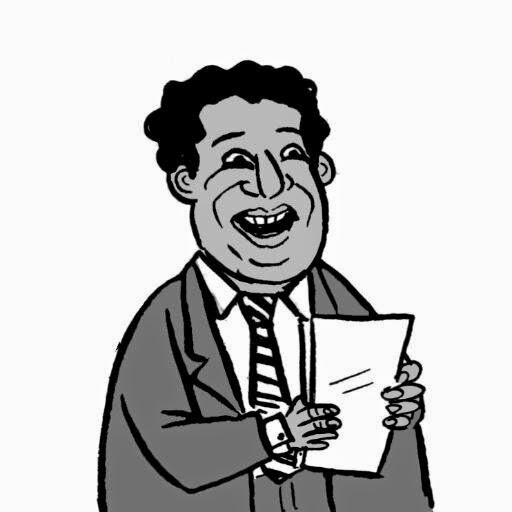 The Tweet is a nice witticism that captures RAW's influence on the modern libertarian movement, not to mention Reason contributors such as Jesse Walker and Brian Doherty.

When I did a little exploring, I discovered that Mr. Heer sometimes writes pieces on comics and science fiction writers, including an old article on Philip K. Dick ("The laureate of radical postmodernism was, it turns out, a stool pigeon.") and this new one, on Robert Heinlein ("While America became increasingly liberal, he became increasingly right wing, and it hobbled his once-formidable imagination. His career, as a new biography inadvertently proves, is a case study in the literary perils of political extremism.")

His Heinlein piece is witty and makes some good points, but his main thesis could use  little polishing. Heer claims the political rot set in by 1957 — "The turning point came in 1957. After that year, Heinlein's books were no longer progressive explorations of the future but hectoring diatribes lamenting the decadence of modernity" — so how come two of the best novels came later? Stranger in a Strange Land came out in 1961, while The Moon Is a Harsh Mistress was published in 1966. Both won Hugo awards and are very popular, so it's not just me who likes them.

«That’s too simplistic an explanation» is good exposition of Heer's article.

three Roberts — Heinlein, Sheckley and Wilson — made me who I am (and Linji helped them at the end stage). I think there is almost no simplicity in their figures and/or lives/persons.

I suppose we could thank Mr Heer only for mention of one of those great dead men who should be remembered for ever.

I got the same Roberts, also Shea and Silverberg.