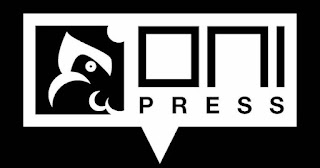 There's been no news on the effort to turn Illuminatus! into a TV series since the attempt was announced in 2019, and now one of the people who was working on it has a new job.

Hunter Gorinson has been named president and publisher of Oni Press/Lion Forge, apparently an indie comics outfit in Portland, Oregon, more here.  He had been listed as an executive producer for the planned Illuminatus! adaptation, as you can see from the other link.

Does anyone have any updates on the Illuminatus! TV show? I've heard notbing since 2019.

There are machinations underfoot, but alas, nothing that can be reported on.

RAW's daughter, Christina, laughs often about the fact that trying to get Illuminatus! to the screen has been an ongoing effort for decades. She is optimistic about the current efforts, but realistic enough to know that you just don't know until you know, and even then you have to see the credits roll before you really believe it.