The above photo was posted by Rasa on Facebook; it shows Mount Shasta, near where Rasa lives. Can we speculate that one of the inspirations for the great job Rasa does running Hilaritas Press is that he lives in a beautiful part of the country? (One of the albums from Rasa's music group is a live album from Mount Shasta.)

After I mentioned to Rasa that I was reposting the above photo in my blog, he sent me a bonus photo below, for the readers of RAWIllumination.net, showing a view of Mount Shasta from his living room window. This is a World Exclusive not published anywhere else! 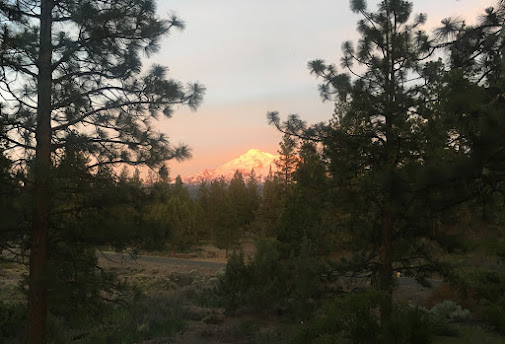 I Love Úytaahkoo, such a special place.
D.M.S.