Nick Herbert in the 'New Yorker' 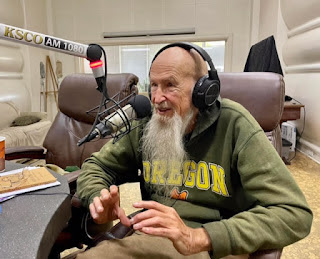 A recent photo of Nick Herbert, posted at his blog.

The New Yorker runs a piece on "The World-Changing Race to Develop the Quantum Computer," by Stephen Witt, and my favorite "hippie physicist," Nick Herbert, pops up in the narrative:

"But Clauser had also demonstrated that entangled particles were more than just a thought experiment. They were real, and they were even stranger than Einstein had thought. Their weirdness attracted the attention of the physicist Nick Herbert, a Stanford Ph.D. and LSD enthusiast whose research interests included mental telepathy and communication with the afterlife. Clauser showed Herbert his experiment, and Herbert proposed a machine that would use entanglement to communicate faster than the speed of light, enabling the user to send messages backward through time. Herbert’s blueprint for a time machine was ultimately deemed unfeasible, but it forced physicists to start taking entanglement seriously. 'Herbert’s erroneous paper was a spark that generated immense progress,' the physicist Asher Peres recalled, in 2003."

See this blog post, if "Clauser" does not ring a bell. Here is Nick's blog.

Hat tip, Joseph Matheny. I guess I should make the RAW connection explicit: Nick Herbert is mentioned in the first Cosmic Trigger book.