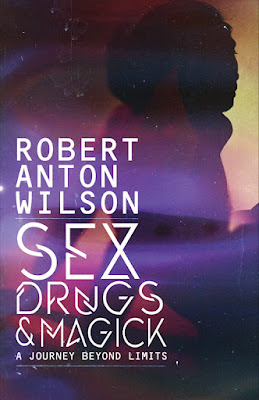 Apuleius Charlton has launched a new online book discussion group at his Jechidah blog for the Hilaritas Press edition of Sex, Drugs & Magick: A Journey Beyond Limits. It launched with a post that went up Monday night, "Guided By Memory, a Tintinnabulum to Ward Our Studies."

The format is the same as the reading groups at this blog: A blog post goes up, and everyone is invited to weigh in with a comment.

For Apuleius, Sex, Drugs & Magick is a chance to experience early Robert Anton Wilson, even before the publication of Illuminatus!:

"He was brash and silly and full of It. He had the broken spectre and glory of a newborn magician. Wilson the Magician. I wouldn't argue that this is our closest contact with that persona, but I would argue it is one of the more straightforward."