The SNAFU principle in action? 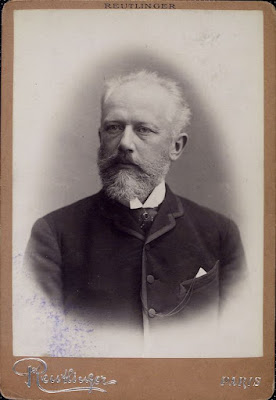 Pyotr Ilyich Tchaikovsky. Obviously, he "is" a Putin supporter, despite being long dead.

For those of you who have read Illuminatus!, I wanted to point out something I spotted on Twitter, about the difficulty of giving bad news to the boss. Here is a Tweet from Andrei V. Kozyrev, foreign minister of Russia from 1990 to 1996, about Putin, italics mine:

"2. Russian military. The Kremlin spent the last 20 years trying to modernize its military. Much of that budget was stolen and spent on mega-yachts in Cyprus. But as a military advisor you cannot report that to the President. So they reported lies to him instead. Potemkin military"

(Part of this thread).

Another aspect of the current crisis that reminds me of Robert Anton Wilson's work (other than the looming threat of nuclear war, which is always in the background during a confrontation with a nuclear power) are the way Russians are being discussed as if they all "are" people with common characteristics; here is a Jesse Walker Tweet about Tchaikovsky being cancelled.

Last night I watched an interview with Kozyrev, and I had the same thought about the SNAFU principle when I heard him say that about no one wanting to tell Putin the truth. It was a bit creepy but amusing to see him giggle when he explained that in Russia, rather than telling the leader the truth, they'd rather just "remove" the guy.