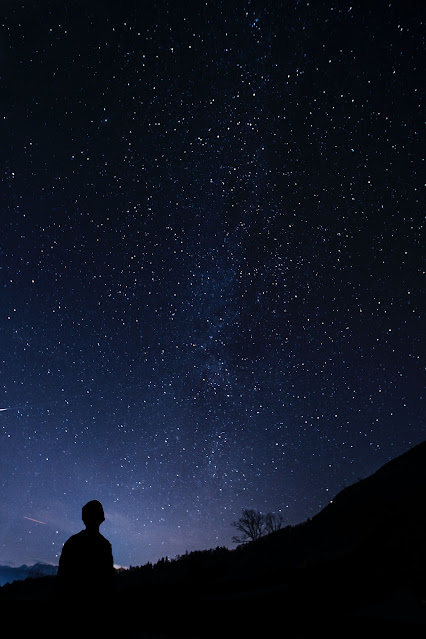 Photo by Klemen Vrankar on Unsplash

After I re-read Chapter 13 for this blog posts, I looked at the exercises as the end, and decided to do the fifth exercise, which is "Did you ever really give a good trial to our exercise, 'I can now exceed all my previous hopes and ambitions?' Try it; and at the same time, try, 'I can be healthier than I have ever been before'."  (That refers to an exercise listed for Chapter One: "Believe that you can exceed all your previous ambitions and hopes in all areas of your life.")

So last night and today, I have been trying to do the exercise, thinking of ways I might exceed my ambitions and hopes, and be healthier than ever before.

I recently turned 65, so it seems to be there are some practical limitations as to how far I can go to meet all of my possible ambitions and health goals. On the other hand, I still have some of the same ambitions are hobbies that I always have had, and as I have semiretired, downsizing my work hours, I now have more time for other things. And although I doubt I can be the healthiest I have ever been in my life, I do have control over whether I am making a better effort to be healthy, by exercising regularly and watching what I eat.

This seems like something that will take more than a day or two, but I will continue to think on this exercise in the next couple of days, and on what I can do to implement it.

A couple of footnotes to the chapter:

Pagans and Christians: In a footnote, RAW writes about the "breakdown of Roman paganism and the rise of Christianity." And he remarks that the Rationalists of the time, "the Stoics, Epicureans and other heirs of the Greek philosophical-skeptical tradition" ignored Christianity "until their society was overcome by the paradigm shift to the new reality-tunnel."

Probably they did ignore Christianity up to a certain point, although seems to me that late in the Roman Empire Christianity became impossible to ignore, and the culture war between the two sides became very heated, as in the fight over whether to remove the Altar of Victory from the Senate House.  (The pagans lost the fight over that and felt vindicated by the various disasters that overtook the Roman Empire, such as the sack of Rome by the Goths in 410).

UFOS: There's a lot in this chapter about UFOs, so perhaps this is an opportune time to mention again that our friend Adam Gorightly has a recent UFO book out, Saucers, Spooks and Kooks: UFO Disinformation in the Age of Aquarius. I've had to concentrate on other reading for the last couple of months, but Adam's book is one my Kindle, and I hope to read it soon.

Exercize 5 makes a great metaprogram! Sombunall of my ambitions look unrealistic, some appear reasonable like reaching age 90 with the same health and mobility I currently enjoy. I'll be 63 in a few months. I saw William Shatner age 90 on a recent video, his mind and humor appear as sharp as ever. I'll regard health across the whole body/mind/spirit complex and look to extend life any way possible attempting to reach some of these ambitions. This includes efforts to dilate time. Increased attention use has the effect of subjectively slowing down time.

I decided to reread Schrodinger's Cat inspired by a comment Eric made recently about it. I got mildly startled by the mention of Ukraine on p. 80 of the Dell omnibus edition in the chapter Collapse of the State Vector. Ukraine is what Josphine Malik mishears when Hugh Crane says his name outside her door. Crane tells her "The novel we're in is coming to a horrible conclusion ..." He also tells her he was Hagbard Celine in the previous novel they both appeared in. Their interaction ends with nuclear annihilation of the city.

I recently commented on nuclear threats in Ukraine in the Sex, Drugs & Magick blog. RAW expressed interest in words from Finnegans Wake that appeared to predict future events. Permutations of snippets from FW make it into SC. One could infer that RAW tapped into a nonlocal space/time field by linking Ukraine with nukes. I don't believe it indicates or predicts the actuality of nuclear explosions there. Going to the extreme of what could happen makes a strong warning.

In SC, the nukes get planted by the radical group Purity of Essence, a name inspired by Kubrick's Dr. Strangelove. It parallels Putin's rationale of freeing Ukraine from Nazi's. Purity of Essence can also get viewed as a criticism of Plato's Idealism. I don't have time now to fully explain. Idealism seems one primary cause of the violence going on in Ukraine resulting in much loss of life, bodily injuries, material destruction, and the displacement of millions of people.

Schrodinger's Cat got written forty years or so before this war. Some of RAW's specific scientific citations in Prometheus Rising appear outdated but not his commentary on the human condition.

RAW symbolically connects Ukraine with everyone:

Ukraine = Hugh Crane = Hagbard Celine. (Schrodinger's Cat p. 80-81). These two characters both have the initials HC, both their surnames end with the letter "e," when combined with their initials = HCE.

HCE = the initials of Humphrey Chimpden Earwicker, the protagonist of Finnegans Wake. Joyce places these initials many times throughout his book, at one point they represent Here Comes Everybody.