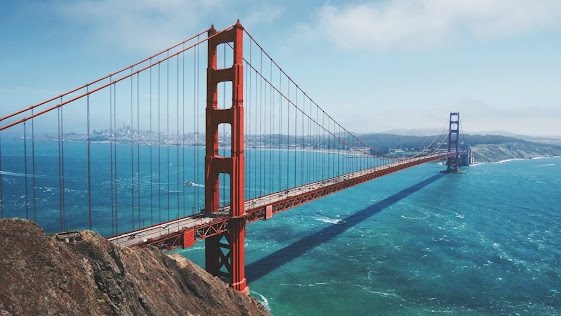 What happens when we build a binding circuit inside our minds and that which is outside our minds refuses to be bound? Confusion and Chaos.

As any Erisian knows, the best proof of the Goddess is "who do you think put all this chaos here?"

I hate to be cynical, but there's not as much here as there is in other chapters of Prometheus Rising. Not in this day and age. Geography is a forgotten subject and California isn't a great example of progress. What is the West and the East in the days of the Internet? Knowledge moves in tangling webs- true knowledge, if there is such a thing, remains occult and speaks from two sides of the same mouth.

Citizens United doesn't negate Wilson's and Henry Adams' arguments but it does render them obsolete: who cares once the battle has been won? Illegitimate wealth and power have been absolutely enshrined and until the impossible happens, they will remain. Every time I remember that corporations are people, I die a little more inside. There is nothing to be done until that decision is undone. For all that John Roberts is lionized for not siding with the extremist bench, he should still be drawn and quartered for his treason against all free peoples.

For further reference read John Higgs' "Growth" chapter from Stranger Than We Can Imagine. A man got killed for attempting to demonstrate the second exercise in the chapter (allegorically, at least).

Information-doubling and Jumping Jesus were fun theories in the nineties, but after we've passed 2012 it just seems the more we are exposed to, the dumber we become.

Apuleius, I would agree that in our globally connected present, the move direction West seems less obvious. “Brooks Adams had no theory as to why this Westward movement of wealth had been going on for 6000 years. He merely observed the pattern.” So, was he acting like an agent “picking out of the randomness a pattern that is not random”? Or was it only the usual human tendency to look for patterns and apply order or meaning onto what is nothing but chaos? This takes us back to your opening lines, Apuleius.
It could be argued that after the rise of the American West Coast and Japan, the wave is now somewhere in Asia, as the economic growth of China or India might suggest. But are they wealthy idea-wise? Robot dogs for the Singapore police or surveillance cameras doing face recognition to trace Uyghurs sounds more like illth to me.

The Korzybski idea of having “all the inventions, discoveries, etc. of some hypothetical first generation of humans [being] represented by P, and the rate by which the second generation could surpass this by R” makes me think that these letters also stand for Prometheus Rising. I do not know what source RAW is using here so I can’t go check if the same letters were being used by Korzybski. The rate being exponential, this would give us a Prometheus rising in the manner of “an upward-hurtling spiral” (as well as an inward one, since he is the forethinker, ie. as above so below). And p.100 we even have RAW linking “the concept of progress” to “the conscious formulation of the symbolism of Prometheus.”

Overall, I feel like this chapter explains pretty clearly what the book is about, and why this specific title was chosen: “the Intelligence Intensification explosion […] is the major topic of this book”. And reminds us of the middle part of SMI²LE.
Just moments later, we learn that “the release of our full human potential – to let the light of Prometheus shine everywhere – is the distinctively Western mystic tradition.” Here RAW is thus explicitly positioning PR as being indebted to the Occult.

Towards the end, Bob writes that Prometheus “brought Light to humanity and is eternally punished for it.” Actually, and according to the legends, he finally got freed from his chains by Heracles. One possible interpretation could be that, as great as intelligence might be, only through cooperation can it be unleashed. Without hands to put ideas into practice, they will never become a reality.

I liked a lot the film Real Men, Oz Fritz, thank you. Hard not to see it through a RAW lens, especially after your remarks. I found it to be a very funny comedy, but it also works as more than just that. It almost looks as if the whole thing is a totally bogus situation, made-up by the trickster character in order for “Bob Wilson” to go through a ritualized initiation and find himself a bit more enlightened at the end, certainly more self-confident, and this mostly thanks to the power of his own mind. “Don’t make a big thing of it” seems like a great life motto to hold on to.

In the “Scientific and Experimental Magick” article recently archived by Martin Wagner and linked to by Tom Jackson, RAW quotes Ambrose Bierce as defining magick as the art of “separating fools from their coins”. My copy of The Devil’s Dictionary has a slightly different definition: “an art of converting superstition into coin.”
I wonder if this might partially explain why RAW sends the reader (the Fool at the beginning of hirs journey) to look for quarters for half a year, while adopting different "superstitions".

My own prejudice is that dynamism does continue to move west; the best cars have been made in Japan for years, all of my favorite electronic devices are made in China, within my lifetime Asian food has become much more prominent in the U.S. and I find these days that when I listen to classical music, I more often find myself listening to someone from Japan or Korea or China. And if you move a bit more to the west, India seems like a country, and a culture, that's on the rise.

Spookah writes, "It could be argued that after the rise of the American West Coast and Japan, the wave is now somewhere in Asia, as the economic growth of China or India might suggest. But are they wealthy idea-wise? Robot dogs for the Singapore police or surveillance cameras doing face recognition to trace Uyghurs sounds more like illth to me."

Of course, that's all true, and I think there isn't enough discussion about China's repression of the Uyghurs, Tibetans, etc. Nevertheless, trends are important. China has become more free in the last few decades, if you compare present life with the times of the Cultural Revolution,and the U.S. seems markedly less free in the last few years, with constant attacks, on many fronts, on freedom of speech.

His impressionistic definition of entropy = deadness, negentropy = liveness appears interesting, accurate, and original, at least to me.

I relate to RAW's optimistic view of wealth superseding illth which sounds reasonable for the time he wrote it. I wonder what he would make of things now?

Spookah, I agree with you on Real Men as a story of Initiation. I also find it noteworthy of how they handle resistance. They and their mission appear under constant attack from the beginning to nearly the end of the film. For Nick, the senior agent, it seems pretty much business as usual. He has a kind of inner calm and confidence, a detached nonchalance, yet fully engaged in defending himself and the mission. Wilson learns that attitude as he goes.

Spookah, Oz, is this the film you guys are recommending?

I will have to check it out.

@Spookah- I always find your comments insightful and this one was oddly comforting. I guess I was distressed more than anything after finishing this chapter.

@Oz- The Tale of the Tribe was always such an evocative title for a swansong.

@Tom- In class this week we were watching CNN10 about a project to rebuild Hong Kong's coral reef using 3D printed clay tiles. It was really fascinating and it is great that despite the governments of China and the US being shitheels, there are scientists all over the world doing the best they can to help.

Apuleius, thank you for your heartwarming words. I often wonder how much substance can be found in my ramblings, so it is pleasant to see that someone would find value in them. I guess this is an example of what RAW calls "positive feedback".
Perhaps this seeking for "a new equilibrium at a higher energy level" can be seen as part of why and how a metaphoric Third Mind will sometimes appear.

Oz Fritz, I am curious, what do you have in mind when thinking here of the Tale of the Tribe?

Spookah, I thought the history, development and ramifications of C3 as stated in this chapter would not appear out of place in RAW's Tale of the Tribe project.