The war on some drugs suffers a setback 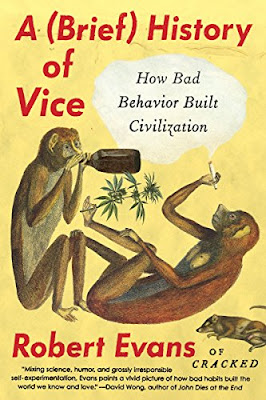 What's he referring to?

Headline from Vice: "Companies are Getting Rid of Drug Tests Because They Can’t Find Enough Workers."

"In the midst of a global labour shortage, employers around the world are doing away with drug tests in a desperate bid to attract more job applicants, fill more roles and retain more workers.

"A survey, conducted by staffing firm ManpowerGroup and released this week, indicated that 9 percent of more than 45,000 employers worldwide were eliminating job screenings or drug tests as an incentive to 'attract and retain in-demand talent.' That equates to some 4,050 employers, from 43 countries, who are willing to turn a blind eye to workers’ recreational drug use if it means filling vacant positions."

In reply to Evans on Twitter, @amoebadesign replies, "He created this moment...maybe :)."

Andrew Ferguson also replies, saying, "I like to imagine that RAW was one of the few lucky dead granted a vision of the totality, and is thus spending his afterlife in the ecstasy of holy laughter."

(Off topic, I guess, but Ferguson is an expert on R.A. Lafferty, another of my favorite writers. I had no idea he was a RAW fan, too.)