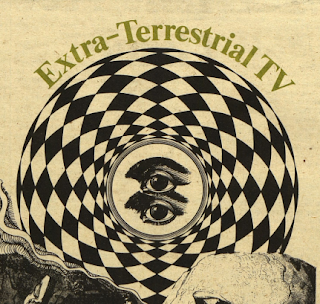 From the Berkeley Barb

Yesterday when I posted the link to the RAW letter to Timothy Leary I noted that there was no date for the letter but that it referenced the Bicentennial (e.g., British friends, 1976, the 200th anniversary of when we threw off the yoke of the British monarchy). Jesse Walker wrote to me saying that the letter apparently dates to 1975:

"He refers to the saucer-TV contact possibly happening in 'late 75,' which makes me think the letter is from 1975. (People were already talking up the bicentennial then.) Or possibly a little earlier -- but he wrote up that saucer-TV stuff for the Berkeley Barb in '75 (see page 14 of  https://www.jstor.org/stable/pdf/community.28033528.pdf), and that's also when Wilson and Leart were working on the Periodic Table of Energy (I assume that's what "PTofE" stands for)."