Why 'Revolver' is the best Beatles album for RAW fans 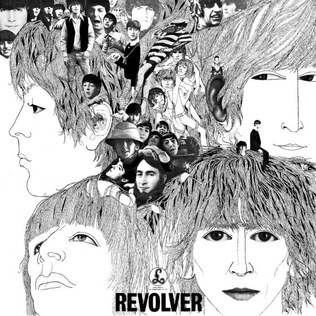 1. RAW fans as a rule are big music fans, and Revolver seems to me and many others the best Beatles album. (This has become conventional wisdom, but it was my opinion before I knew that.)

2. This is the Beatles album with the song "Yellow Submarine," which of course inspires Hagbard Celine's submarine in Illuminatus! (As I have written elsewhere, it was Shea and not Wilson who apparently was the Beatles fan.) Howard and his friends in Illuminatus! make sense of the lyric about friends who "live next door." Most people can't live "next door" to a submarine.

3. Between "Yellow Submarine" (with its dream of freedom) and "Taxman," Revolver arguably in the most libertarian Beatles album.

4. The album also has "Tomorrow Never Knows," one of two Beatles songs inspired by RAW's friend Timothy Leary. The "Turn off your mind, relax, and float downstream" and other lyrics are taken from a book, The Psychedelic Experience: A Manual Based on the Tibetan Book of the Dead by Timothy Leary, Richard Alpert and Ralph Metzner. The tune is primarily written by John Lennon, who picked up the book at a London bookstore.

5. The album jumps around to different sounds, giving multiple music points of view, analogous to RAW's technique of multiple viewpoints in his novels. "Taxman" and "She Said She Said" are hard rock albums with a heavy guitar sound, but "Eleanor Rigby" uses a string octet and "For No One" has a French horn solo by Alan Civil, a prominent classical musician. "Love You To" features all Indian instruments, with George Harrison playing sitar.

Some tidbits from the book: "Got to Get You Into My Life," a Paul song, is an ode to marijuana; the Rolling Stones had recently put out an album called "Aftermath," so when it was time to name the new Beatles album, Ringo suggested calling it "After Geography."

The sessions for Revolver also resulted in the single "Paperback Writer"/"Rain." As my friend Brett Cox has pointed out, "Rain" could be described as the first "alternative rock" song.

Tessa Dick, the last wife of PKD, said in an interview with the German Spiegel, that John Lennon called her husband in the 1970s to tell him that The Beatles wrote "Paperback Writer" in his honor.