The Hilaritas 'Natural Law' book is going to be really good 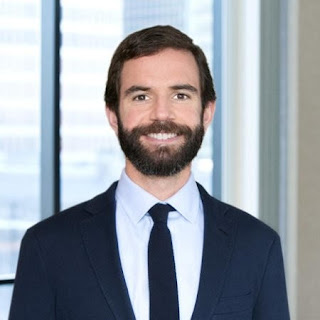 I recently completed a stint as a volunteer copyeditor for the new Hilaritas Press edition of Natural Law, Or Don't Put a Rubber on Your Willy.

To do so, I had to agree to a  nondisclosure agreement, so I have to be careful to reveal few actual details about the book. I think it is known publicly that the book doesn't just have the original long essay but also adds other material, but I can't give any other specifics. I also don't know when the book will come out; I only know Rasa and the Hilaritas folks are working on it.

But what I did want to record is that based on what I read, it's going to be a really good book. I am very excited about it, and I'm curious what the rest of you will think when it comes out. Chad Nelson took on the task of editing the book, deciding which additional material to add, and he did a great job. There is a lot of additional material, and it's all really good.

I had expected a more political, more "libertarian" book based on the sources I was working with, but instead I encountered a rather strong RAW book, one aimed at all of his fans.

In fact, I told Chad in an email, "I was actually kind of expecting a 'libertarian' book, but I suspect the title will have broad appeal to RAW fans."

Chad replied,"I too was expecting a "libertarian" book!"

Chad then gave me a RAW quote from the Natural Law essay which partially summarizes what the book became:

"If Ideologists ever convince me that this pragmatic, individualistic, scientific attitude is incompatible with libertarianism, then I will find some other name for myself and not use the word 'libertarian'anymore. I am not interested in Ideologies and don't give a damn about labels at all, at all."

I have an old tattered copy from Loompanics Press. I think this is one of the underappreciated gems of the RAW cannon, due in part to difficulty finding a copy. As such, I'm super excited about this re-release. To me, (as I recall) this is a deep dive into maybelogick, model agnosticism, and the fundamental nature of "reality.

quackenbush, exactly right. Before we started the re-issue process I was thinking of the book as a political tract, but primarily because I was remembering the original intended Libertarian audience, and the particular fundamentalist thinking he chose to single out. No, you are exactly right. It's exactly that: "a deep dive into maybelogick, model agnosticism, and the fundamental nature of "reality."