Blather: The Series - Rutger Hauer from LeftLion Extended on Vimeo.

The video is quite short, take a moment and check it out.

Explaining the video he sent me, Adrian Reynolds writes, "I did a series of pieces for Nottingham magazine LeftLion that ran in its print edition for 2 years, called Blather, with artist Corrina Rothwell. It feels like now, and has light to go with the dark.

"They're the basis of short films, the first of which went live today. There's a Black Iron Prison theme, and another reference point. The violinist mentioned was inspired by a real musician whose playing made my heart soar while waiting in a bank queue."

He added, "James Pyle did a great job working with her [Corrina Rothwell] style as animator and director, and his imagination takes it somewhere special." 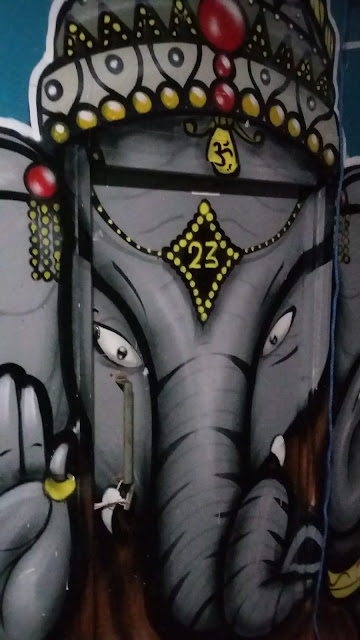 Adrian also sent me this photo of "a ramshackle recording studio/boxing gym, created from what had been a factory or warehouse a century old or more" in Nottingham.

The 'ramshackle recording studio/boxing gym' was where speaking to the violinist led later that day - he was quite the Pied Piper. You can see Elliott playing here: https://www.youtube.com/watch?v=8edUvDCYP2g