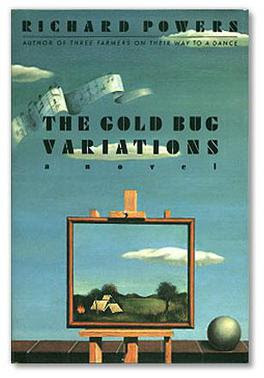 If you are familiar with DNA, you know that it consists of four different biochemical building blocks, two kinds of bonded pairs: Adenine always pairs with thymine, and cytosine with guanine. This is analogous with the sexual pairing of men with women, as RAW remarks in Chapter 14 of  The Starseed Signals:

These four amino acids serve as bonds for the DNA helix. These chemical bonds are analogs of the sexual bonds at higher levels. (Here is some of the analogical, non-linear, non-Aristotelian right-lobe thinking we warned about earlier.) The pyrimidines are "male analogs," so adenine and cytosine are Wands and Swords respectively. The purines are "female analogs" so Cups and Discs are thymine and guanine. The lovely thing about this analog is that the phallic-vaginal symbolism (wands to cups, swords to discs) describes exactly the bonding system (adenine to thymine, cytosine to guanine) that actually does hold the DNA helix together.

RAW has a footnote to this passage, remarking, "It is perhaps safe to mention in a footnote that this concept was received by both the present author, in California, and by poet Brian Barritt, in Switzerland, the same week, one reason for believing in a central Starseed Transmission facility."

I was quite started by this passage. Two bonded pairs of DNA chemicals as an analogy for two mating couples is a good one-sentence description of the plot of The Gold Bug Variations by Richard Powers, a 1991 novel that is one of my all-time favorite works of fiction. The two main plot strands are a romance in the 1950s between two biologists, Stuart Ressler and Jeanette Koss, and a romance in the 1980s between librarian Jan O'Deigh and computer programmer Franklin Todd. Todd and Ressler work together in the 1980s sections of the novel, so the two couples are intertwined.

A central conceit of the novel is that information and codes are behind everything; the title alludes both to Bach's Goldberg Variations and to Edgar Allen Poe's story, "The Gold-Bug," in which cryptography is an important plot element. If you've already read The Starseed Signals, you can't help but compare that to the Leary-Wilson emphasis on the importance of the DNA code.

According to Wikipedia, the famous American cryptographer William F. Friedman became interested in cryptography when he read "The Gold-Bug" as a child.  One of the characters in Neal Stephenson's Cryptonomicon, another one of my all-time favorite novels, is based upon Friedman.

Powers, 63, won the Pulitzer Prize for his novel The Overstory and the National Book Award for another novel, The Echo Maker, so if you follow literary news you likely have at least heard his name. The Gold Bug Variations also attracted quite a bit of attention.

You can read my 2014 interview with Powers, in which he remarks, "Self-replicating molecules have set every living thing in motion, and that pattern-making impulse, at the inanimate level, is, in some profoundly mysterious way, the mother of all animate pattern-making and pattern-seeking urges." And he also remarked, "Meditation on our molecular roots is tremendously inspiring, and thinking about the journey from the first self-replicating molecules to the pinnacles of human achievement is the deepest kind of spiritual reflection."

Also interesting, the overlap between Overstory (a top 5 novel for me) and Starseed: Human-Plant communication.