The war on chronic pain patients 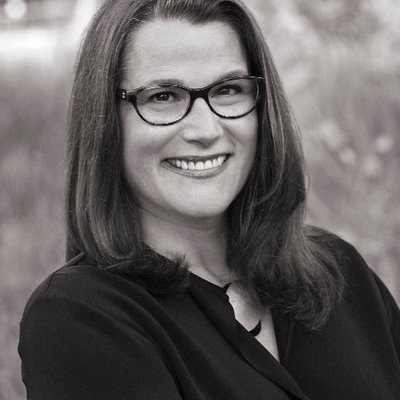 [With permission from my boss, here is a recent story from my day job as a reporter for the Sandusky Register. I think the problems of chronic pain patients as a result of the "war on some drugs" is an underreported story in this country. See also this related story on the problems of chronic pain patients in the Sandusky, Ohio, area. For background, see Jeffrey Singer at the Cato Institute here and here.  Dr. Singer and Ms. Nicholson are both on Twitter. -- The Management]

“I’ve gotten 10 this morning,” Nicholson said during an October speech at a Washington, D.C., think tank.

She then gave examples of the kinds of emails she receives.

“I am a pain patient who can no longer get treatment for my pain caused by a spinal cord injury,” wrote one. “I do not want to (end) my life. I want to live. I want to see and hold my grandson. If I cannot get help from someone, somewhere, I will not be here next week.”

“My brother passed away,” another person wrote. “Over the last year, his doctors began to significantly cut down his pain medication. He was truly at the end of his rope.”


Nicholson gets many emails from chronic pain patients and their relatives after her own experiences turned her into a national spokeswoman on their behalf. In a telephone interview with the Register, she said she probably gets a half-dozen emails or phone calls every day.

She said the emails she quoted in her talk, given at the Cato Institute, are typical.

“They are complete strangers. They are all desperate,” Nicholson said.

“Sometimes it’s family members who have lost someone to suicide,” she said. “I’ve been getting these emails for the last two years.”

Nicholson is particularly known for her TED talk, “What We Lose When We Undertreat Pain,” an 11-minute speech available on YouTube that she gave in October 2017.

The Register contacted Nicholson because the cases she describes resemble many local cases the newspaper has covered.

The Register has interviewed many pain patients using opioid prescriptions who were former patients of Dr. William Bauer. They have said they turned to Bauer after other local doctors turned their backs and would not treat them.

Bauer was forced to give up his Sandusky practice after the U.S. attorney’s office indicted him this year on 270 federal charges, claiming he improperly prescribed pain medication. His case is pending in federal court. The prosecutor who brought the charges, Northern Ohio U.S. Attorney Justin Herdman, has ignored interview requests from the Register.

In her TED talk, Nicholson describes how she was a successful civil rights attorney when she suddenly began suffering intense pain, which was the result of botched spine surgery. The pain was so bad it threatened to destroy her career, but she resisted taking opioid pain pills until all other treatments failed.

“Out of options, I surrendered and swallowed the pills. And then something remarkable happened. I improved. I felt relief. I wasn’t foggy. Space opened in my mind, and I could work again. And so I worked as a federal prosecutor, for more than 20 years,” she told her Boulder, Colorado, audience.

Nicholson said although she still struggled to sit or stand or walk, she was able to work with the help of the pain pills and negotiated groundbreaking settlements against the San Francisco Giants and 49ers sports teams and the Walt Disney Co. She won important court cases arguing from a folding law chair.

Eventually, after being in severe pain for about 20 years, Nicholson found a mix of treatments that relieved her pain enough to allow her to stop using high-powered pain medications. In her recent taped talks, she appears able to stand and move around normally.

But she remains sympathetic to chronic pain patients who say they need opioid medications.

“Opioids were essential,” she said.

And under current federal government rules, she’d be classified as an abuser, Nicholson said.

“You’re looking at someone who for years was an ‘overutilizer’ for most of my career,” she said.

Nicholson said she cannot comment on Sandusky doctor William Bauer’s case, as it is an ongoing legal matter and she doesn’t know the evidence.

But she said such prosecutions have an impact on doctors, who become fearful of treating patients, and on chronic pain patients looking for treatment.

In her TED talk, she described the chilling effect on doctors in Boulder who were afraid to prescribe opioids after a well-respected local physician prescribed to an undercover agent posing as a pain patient. Her doctor suddenly announced one day that she would no longer prescribe opioids. Nicholson was forced to fly back to Washington, D.C., to get treatment.

It was inconvenient, but she could afford it, she related.

“What happens to people who can’t?” she asked.

In her Cato talk, Nicholson quoted a doctor from a Human Rights Watch report who explained why he wouldn’t care for patients who needed treatment.

“I turn away new patients. These are folks whose records checked out, they are good citizens,” the doctor said. “But I can’t afford to burn down my life and lose my license.”

Nathan Sanger, a chronic pain patient in Norwalk, described in an August interview with the Register what happened when the government shut down Bauer’s practice, forcing Sanger to go to his family doctor for help.

The doctor turned Sanger away. Sanger said the doctor, worried about being targeted by prosecutors, told Sanger he’d like to help, “but I don’t want to lose my license. I want to practice for at least 15 years.”

She told her audience at the Cato seminar that patients denied legal medication may feel forced to turn to illegal drugs, putting them in danger of the drug overdoses that federal prosecutions purportedly are trying to prevent.

“I’ve heard from people who turned to the illegal market,” she told the Register.

Nicholson spends much of her time as a spokesman and advocate for chronic pain patients.

“I’ve really been working at trying to get some relief for patients,” she said.

Note: Kate Nicholson’s TED talk is available on YouTube. Her presentation before the Cato Institute on the effect on patients and doctors of prescription drug monitoring programs is available at www.cato.org/events/patients-privacy-and-pdmps; Nicholson, the second presenter at the conference, begins talking about 22 minutes into the video. She’s on Twitter: @speakingabtpain.
on December 06, 2019