A word from John Higgs 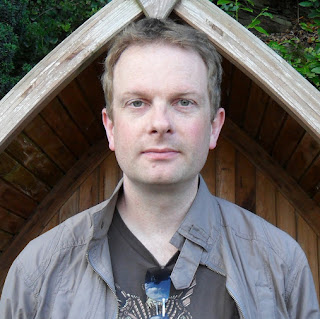 John Higgs is one of my favorite writers, and one of his best titles is Stranger Than We Can Imagine: Making Sense of the Twentieth Century.

Many of the book's topics obviously are inspired by his interest in Robert Anton Wilson, but Wilson is not mentioned in the text. I recently worked up the courage to ask him about my pet theory about why RAW isn't mentioned. Apparently I was wrong, so I won't burden you with my brilliant idea, but here is what John wrote in reply:

"Yes, it was a surprise to me that RAW wasn't in that book. He was in early drafts (it was a difficult book to write, as I'm sure you can imagine, and finding that particular path through the 20th Century woods took five drafts.) During the editing, however, it became clear that the stuff in there about RAW was just repeating things that had already been looked at, in the sections about Joyce or quantum mechanics etc. Because it was in chronological order, much of what he talks about had already come up before we got to the 1970s. There was a later chapter in which Leary figured heavily that was dumped entirely because it interrupted the overall shape of the book. It is harsh, and it is a shame when you have a personal fondness for these things, but that's the editing process for you. If you're not being harsh, you're not doing it right.

"It helps that I've written a lot about him elsewhere, though, as overall I like to think I've helped shine light on his legacy."