Three Bobs and the origin of the Illuminatus! trilogy 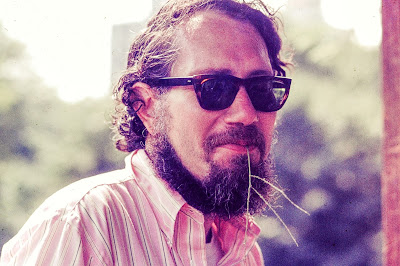 Editors are in many cases the unsung heroes behind the literary classics that we love. Dune by Frank Herbert, for example, considered a classic and never out of print since it came out in 1965, was rejected by more than 20 publishers before Chilton, best known for automotive manuals, took a chance on it. Who was that forgotten editor?

I'd wondered for years who the editor was at Dell who decided to publish the Illuminatus! trilogy -- an odd literary work, written by two unknowns.

Well, now I know. You know who two of the "Bobs" are who were involved in Illuminatus! -- Robert Anton Wilson and Robert Shea -- but this article is about editor Robert "Bob" Abel (1931-1981), a former Dell Publishing Co. and Warner Books editor and former sidekick of Paul Krassner at The Realist. Abel, also a published author, was only 50 when he died and left behind literary agent Carole Abel and two young sons.

So Illuminatus! is really a story of three "Bobs." And without Bob Abel, there would have been no Illuminatus! Publishing that book launched the literary careers of both Wilson and Shea.

Abel was a friend of Robert Shea for many years, and it was this friendship that helped get Illuminatus! off the ground.  Shea mentions him in an interview by Neal Wilgus, published in the fanzine Outworlds (issues 28/29) in 1976:

Wilgus: Since you and Wilson were both editors at Playboy at the time ILLUMINATUS! was written, I'm wondering why Playboy Press didn't publish it. Or was that too close to home?

Shea: At the time we got the idea for ILLUMINATUS!, Playboy Press wasn't publishing original novels, and a very good friend of mine, Bob Abel, was an editor at Dell. I was looking for an opportunity to write paperback fiction, so I wrote Bob a letter briefly sketching about half a dozen ideas for books, of which a book about the Bavarian Illuminati was one. He thought that one had the most possibilities, so Wilson and I did three sample chapters and an outline and sent it in. On the strength of that we got a contract and began writing the book.

Abel had left Dell when it was time to edit Illuminatus! for publication, so Abel apparently did not work on the book. Two other Dell editors, Fred Feldman and David Harris, edited the manuscript and turned it into a trilogy of paperback originals, shaping it for publication and also making cuts that Wilson and Shea complained about.

But who was this "Bob Abel" who got the book published? After I found the Shea interview, I wanted to learn more. The New York Times published a brief obituary (three paragraphs) after Abel died. His widow, Carole, still lives in New York City and let me interview her, and his friend, Krassner, also answered my questions.

Carole Abel raised his two sons while making a living as a successful literary agent. She talked to me and faxed me copies of two of Abel's old resumes, as there is very little biographical information about him online.

Abel was an important player in New York City's publishing and literary scene, an author, an important book editor and and a trusted co-editor for Krassner at "The Realist."

Some of what he accomplished is largely unknown. According to Abel, it was her husband who really wrote The Happy Hooker, a bestselling call girl memoir by Xaviera Hollander.

"He wrote the book for her. And then they did a couple of other books. She was kind of a character," Carole Abel said.

Abel has a bachelor's degree in English from the University of Connecticut, and a master's in journalism from Boston University. He moved to New York City and married Carole in 1959.

Bob Abel was an expert in American popular culture. He wrote The Beer Book and The Book of Beer (it's too bad he didn't get to see the rise of the craft beer movement) and edited two books of cartoons, The American Cartoon Album and (with David Manning White) The Funnies: An American Idiom.

"I got to know most of the New Yorker cartoonists," Carole Abel said. 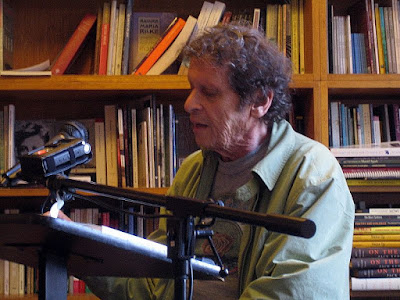 Abel's knowledge of cartoonists was helpful to Paul Krassner when Abel was Krassner's trusted assistant at "The Realist," Krassner's seminal publication. Abel was an editor at the publication, but Krassner didn't use normal editorial titles. Abel was "The Featherbedder."

Krassner explains, " 'Featherbedder' was his title among other staffers. For example, John Francis Putnam, the art director of MAD magazine, was 'Dirty Old Man.' My assistant, Jeannie Johnson, was my 'Scapegoat.' She became my 'Scapemate' when she became my first wife. Bob Abel and I became close friends in the process of his filled-with-variety contribution to The Realist. He brought in cartoonists who leaked with irreverence. Not to mention journalists and satirists alike, fake news in its time. Bob brought in clippings I missed that were essential for my pieces, and he also wrote a column of offbeat media. Although he worked at home, we had meetings at my East Side office loft, where he gave me thoughtful advice. Appreciation was the name of the game. Oh, yeah, and my title was 'Zen Bastard.' "

Abel and Shea both worked for magazines, so that may be how the two men knew each other and became friends. (As far as Krassner knows, Abel and Robert Anton Wilson did not know each other). Carole Abel recalls her husband working for "girlie" magazines, and Shea also worked for such magazines. Shea was an editor at "Cavalier" magazine and Abel contributed to it.

Abel was perhaps most prominent as a book editor.

He was senior editor for Dell Publishing from May 1968 to July 1972. He bought books not just for Dell Books but for the company's Delta and Delacorte Press divisions. Aside from acquiring Illuminatus!, he published books such as The Happy Hooker, Scientology: The Now Religion (a groundbreaking expose by George Malko that drew the cult's wrath) and Saint Abortionist: The Legend of Dr. Spencer by Paul Krassner.

As executive editor at Warner books from 1972 to 1975, Abel put out paperback reprints of books such as All the President's Men by Bob Woodward and Carl Bernstein, and The Palace Guard by Dan Rather and Gary Paul Gates. As editor-in-chief for Manor Books in 1977 and 1978, he created a line of historical fantasies, "Time/Past Editions," about which I've been able to learn little.

At the time of his death, Abel was involved in various freelance ventures and was editorial director of Harvey, a new men's magazine he had helped create.

Who knows what else Bob Abel would have been able to accomplish, or if he would have played a role again in the careers of Wilson or Shea? He died young, from cancer. His death occurred on Dec. 21, 1981, according to a brief obituary in the New York Times, and he was only 50. He had been quite sick for about two years.

He left behind two young sons, Douglas and David, and his wife, Carole Abel, who raised the boys and had a successful career as a literary agent, from which she is now mostly retired. She handled books such as The Spirituality of Imperfection, which is still in print, and many books in the "Idiot" series. One of the sons, Douglas, is a film editor who at the time of this posting was working on a project with Michael Moore.

A great info-rich article! Has anyone tracked down Dell editors Fred Feldman and David Harris, and asked them what happened to the deleted parts of Illuminatus!?

Please see my interviews with Fred Feldman and David Harris, under "Illuminatus Resources" on the right side of the page.

D. Scott Apel says that some of the cut material went into the book "The Illuminati Papers"

It seems to me it would be the authors who would be responsible for retaining the cut material. Feldman said any cut material would have been mailed back to them. Robert Shea says he and Wilson cut 200 pages themselves, at the insistence of the publisher.

And Bob W put a lot of those cutouts into The Sex Magicians, which is both informative and entertaining.