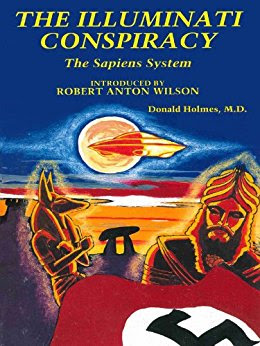 One of my favorite writers and pundits, Jesse Walker, has succeeded in putting a quote from Robert Anton Wilson into the Los Angeles Times.

Jesse's op-ed piece, "Is the Trump-Russia story an octopus or spaghetti?," attempts to make sense of the current furor over Russia's alleged manipulation of the U.S. election and Russia's alleged ties to officials in the Trump administration. Some good sentences: "It’s not just evidence that’s driving the belief in a Trump-Putin plot. A lot of people really, really want such stories to be true. If you’re one of them, you probably belong to at least one of two groups: people who strongly dislike Trump, and Russia hawks. Conversely, if there comes a point where the evidence of collusion is overwhelming but you’re still strenuously denying it, then you’re probably a Trump supporter and/or a Russia dove."

The piece would rate a mention here because it's about conspiracy theories, a big topic for RAW and for Jesse, the author of the book The United States of Paranoia: A Conspiracy Theory.

But there's also this paragraph (after a paragraph arguing that conspiracies are "like a bowl of spaghetti"):

"I stole that pasta metaphor from Robert Anton Wilson, a novelist who alternated between espousing and satirizing conspiracy theories. Like spaghetti, he wrote, conspiracies 'contain endless entanglements and overlaps; but to mistake the spaghetti for a coherent and intelligent organism is like mistaking the debris and flotsam on the beach for the outline of an invading army.' It’s relatively easy to find connections, harder to determine whether they’re innocent or shady, harder still to figure out if they add up to a larger master plot."

"It's in "The Spaghetti Theory of Conspiracy," his intro to Donald Holmes' THE ILLUMINATI CONSPIRACY: THE SAPIENS SYSTEM. It isn't on the Web -- well, it sort of is, but the person who posted it cut it off midway through, so a great deal of it is missing: