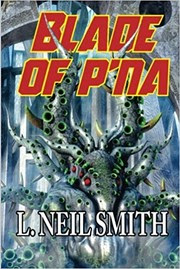 The Libertarian Futurist Society has announced the five finalists for the Prometheus Award; I'm pleased to report that I nominated two of them, the Shriver and the Sinisalo. The L. Neil Smith is one of his better books, IMHO, and there's a reference to Illuminatus! in it. Here is the official press release. — The Management.

The 2017 awards will be presented during the 75th annual World Science Fiction Convention Aug. 9-13, 2017 in Helsinki, Finland. The winner will receive a plaque and one-ounce gold coin.

Sixteen novels published in 2016 were nominated for this year’s award, among the largest slates of nominees in the past two decades.

Here is a description of the finalists, which were chosen by a 10-member LFS judging committee:

* The Corporation Wars: Dissidence – Robots attain self-awareness and develop a pro-freedom philosophy while dead humans are revived in digital form to fight an interstellar virtual-reality war against the robot rebellion in the first novel in MacLeod’s projected trilogy, which raises intriguing questions about autonomy and free will.

* The Corporation Wars: Insurgence – A ghost soldier and several new characters are introduced in the action-oriented second novel in MacLeod’s trilogy, which dramatizes a more complicated three-sided war between the freedom-fighting robots and two groups of humans.

* The Mandibles: A Family, 2029-2047 – Shriver’s cautionary dystopian drama, informed by an understanding of free-market economics and how coercive government can undermine civilization itself, is set in a 2029 debt-driven apocalypse in which a once-rich family and a once-powerful America have gone bust but the family’s least-successful members prove the most resilient in the face of disaster.

* The Core of the Sun – This dystopian novel, written by well-known Finnish writer Sinisalo and translated by Rogers, is both libertarian and feminist in depicting an alternate eugenics-dominated Finland where the heroine battles an oppressive, manipulative and male-dominated regime that makes women subservient housewives and mothers and bans alcohol, mind-altering drugs, caffeine and hot peppers.

* Blade of p’Na – A wide variety of intelligent alien creatures co-exist in a free and free-wheeling society on an alternative version of Earth – including a sapient dog and his human tracking down a missing bridegroom while investigating mysteries and trying to prevent an interdimensional invasion – in this action-adventure-oriented prequel to Smith’s Prometheus-winning The Forge of the Elders.

The Prometheus Award, sponsored by the Libertarian Futurist Society (LFS), was established in 1979, making it one of the most enduring awards after the Nebula and Hugo awards, and one of the oldest fan-based awards currently in sf. Presented annually since 1982 at the World Science Fiction Convention, the Prometheus Awards include a gold coin and plaque for the winners.

For a full list of past Prometheus Award winners in all categories, visit www.lfs.org. Membership in the Libertarian Futurist Society is open to any science fiction fan interested in how fiction can promote an appreciation of the value of liberty.