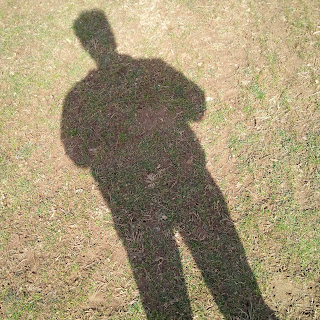 Jesse Walker (self portrait from Facebook.) If you think the article is interesting, hunt up a copy of his book, The United States of Paranoia: A Conspiracy Theory, which has information about Robert Anton Wilson and Discordianism.

I have already gotten sick of reading about Donald Trump. I have attempted to instruct my wife that I don't actually need to hear about every stupid Tweet that President Trump sends out, or to have repeated to me every dumb thing he has said. I prefer to pay attention to people I actually like and respect.

But if you think you can read nothing new about Trump at this point, check out Jesse Walker's piece on Trump in The New Republic, "All the President's Phantoms."

After explaining that it's really nothing new for U.S. presidents to believe in conspiracy theories, Jesse explains what is new about Trump: "Trump seems poised to transform presidential paranoia into something new, thanks to two of his most distinguishing qualities: his shamelessness and his cynicism."

Tom. not related to that post, but have you read Pronoia Is the Antidote for Paranoia,by Rob Brezny? I'm just on p70 or so and already a few RaAW quotes and references.

That should be "Caesar." And while I'm at it today is the the 80th anniversary of H P Lovecraft's death. Yet he lives on..

Tony, no I have not read it. Looks like another work to check out!

(re: tony smyth's comment:) Pronoia is a great book! I'd venture to call it an essential survival manual for our times. Brezsny is excellent.

Happy ST Patricks DAy. Yes Ive been reading so much negative shit lately, research for my next book (basically how this collosal Ponzi scheme is going to collapse and how huge change is up ahead, whether we like it or not). Pronoia is a nice antidote to the blue meanies, being very positive. AS RAW used to say 'lets hear it for the optimists. Its also quite funny.