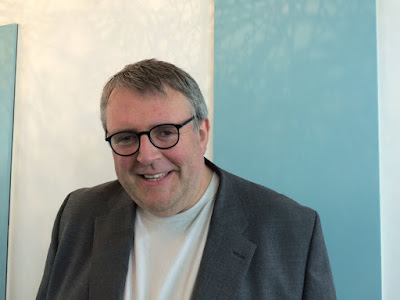 Adrian Reynolds, one of our British friends, has a new blog post up that is, as he says, " isn't directly RAW inspired but is within the ballpark."

I noticed that he talked about a book that other RAW fans seem to be interested in:

There's a book. Spirits of Place, edited by John Reppion. And it explores a whole variety of places, from Rajagiriya in Colombo, and the various places in Iceland where elves are discussed with more seriousness than they tend to be elsewhere, to the sea forts of Southend and the streets of Mexico City. It's a rich and rewarding collection of essays from a variety of contributors, the most celebrated being Alan Moore. Thanks to this book I'm now eager to explore more of the work of Vajra Chandrasekera, Silvia Moreno-Garcia, Damien Williams and others. In very different ways, they all succeed in excavating the intertwined histories and mythologies of areas they have a connection with, and how those intricate stories affect the way people do what they do, irrespective of the ravenous ticktock of the branded world.

Look like another one for my ever-growing list of books I mean to get around to reading.

See also his earlier post, which talks about the KLF, Alan Moore, etc.  I don't want "Purple Rain" in a burger commercial, either, but if Prince's music is streamed soon, I tend to think that would be good. Adrian also mentions the Jefferson Airplane/Starship, bands I spend a bit too much time listening to in my youth.