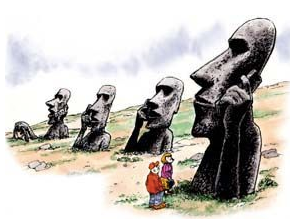 Robert Anton Wilson has just received a mention in a Canadian newspaper.

The Vancouver Courier, a community paper, has just run a piece, "A world haunted by collective nouns," by Geoff Olson, a Canadian writer and editorial cartoonist.

I make a partial living by trafficking in words. So I’m well aware how often copywriters, publicists, policymakers, politicians, bloggers and trolls weaponize words against the public.

The problem is bigger than the decline of journalism in the digital age. It’s bigger than a dumbed-down Empire that spat forth a former reality TV star as a winning presidential contender. Think of how one simple word, “freedom,” has been used for decades as a semantic bludgeon for imperial goals. Too often, we’re led to mistake rubbery terms for hard-core reality, according to the late American writer Robert Anton Wilson.

“In other words, because we can say ‘the Jews,’ or ‘the New World Order,’ or ‘the patriarchy,’ we can believe, or almost believe, that these grammatical abstractions have the same kind of reality as basketballs, barking dogs, and baked beans. Individuals, with all their hair and fingernails and ideals and delusions and funky smells, disappear, as it were, and the world becomes haunted by collective nouns,” the author wrote in his 1998 book Everything Is Under Control.

Later in the column, Olson reminds us that the map should not be mistaken for the territory.