Novelist Lionel Shriver: I am not a kook. I'm a libertarian. 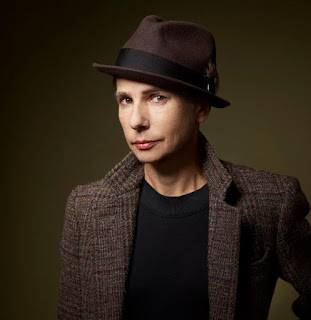 In the New York Times, the prominent American novelist Lionel Shriver (We Need to Talk About Kevin) explains that she self-identifies as a libertarian, and explains why. As I read it, I kept saying "Yes" and "Yes" and "Yes!"

"During the nine months a year I live in London, I’m regarded as an archconservative nut. When I fly home to the United States, I transform, mid-Atlantic, to a leftist radical — with the same opinions."

"But then, without allowing for qualifications, any standpoint degenerates from pragmatic guideline to inflexible dogma. Like any other broad political perspective, libertarianism can be a useful starting point, but if you apply it in a strict, quasi-religious manner, you’ll indeed get consigned to the crackpot’s corner."

"I cannot be the only American repeatedly forced to vote Democratic because the Republican social agenda is retrograde, if not lunatic — at the cost of unwillingly endorsing cumbersome high-tax solutions to this country’s problems. My comrades and I don’t all sit around reading Ayn Rand novels, either."

Some of her impurities are not mine, and I have a few other impurities of my own, but on the whole, this is an explanation of libertarianism that resonates with me. It's been a dire year for politics and political commentary, at least for me, so it was nice break to read a piece on politics I actually enjoyed.

Now I have to go try her novels, as soon as I get time.

I like her. I notice she's soft on a lot of my liberal positions.

Note that she didn't mention the so-called "Libertarian" Party as an alternative.